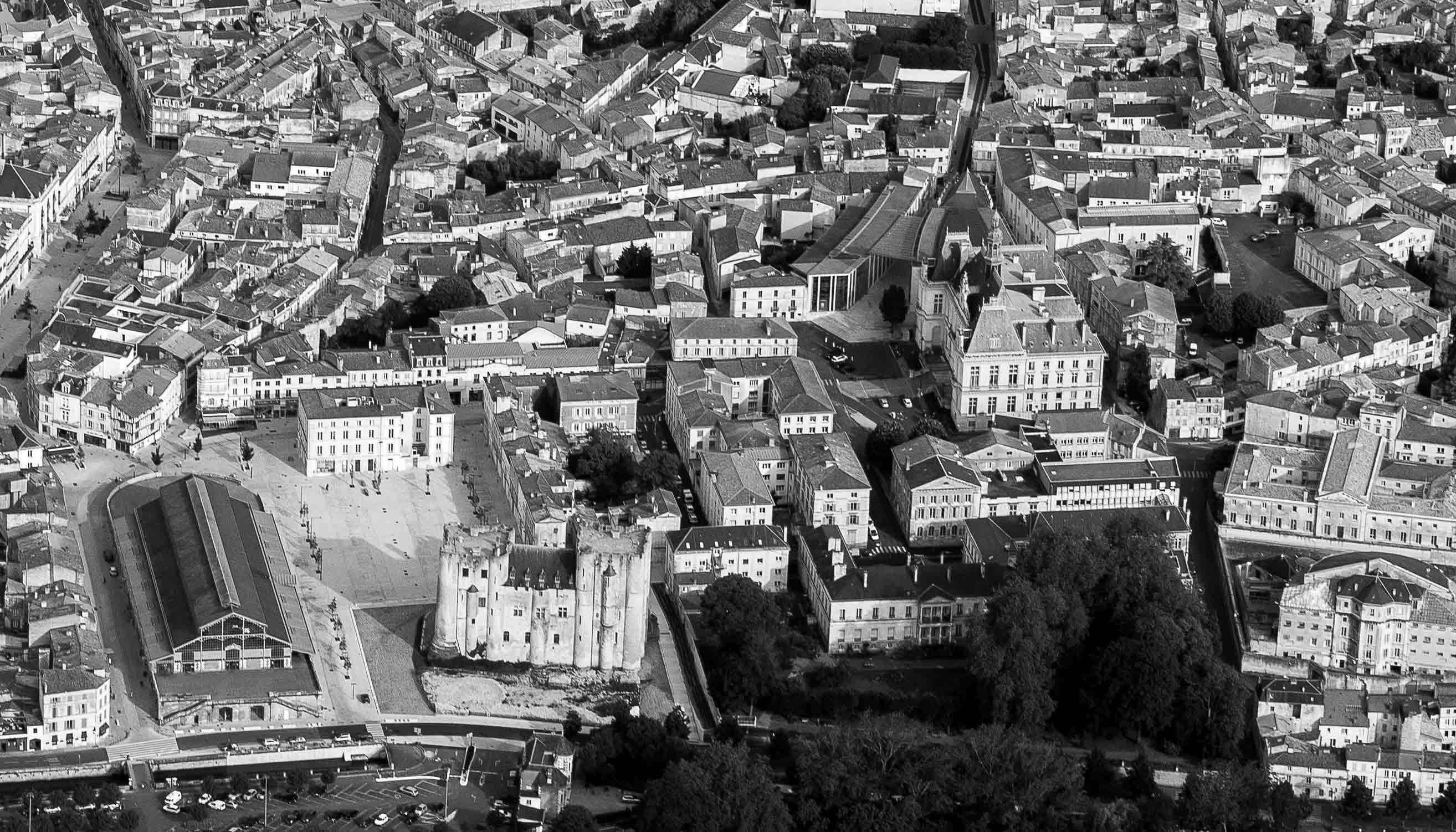 In the historic urban fabric

The Niort administrative building project was completed in March 2000, following an architectural competition won in 1995 by Studio Milou Architecture.The terms of reference of the competition indicated the construction of 6,000m2 of office space, a music hall seating 400 and an underground garage facility with 250 parking spaces that would bring together the administrative departments of the Ville de Niort, while providing space for various cultural associations spread out over several buildings. The design chosen for the project underlined the presence of two new buildings in the Place de la mairie, which would be in dialogue with the historic Hôtel de Ville and would visually frame the rue de l’Ancien Oratoire, now newly covered and pedestrianised.Moreover, the project emphasized the street perspective, the façades taking second place. This decision was underlined by the use of a curved design, which had the effect of enlarging the central area of the covered street. 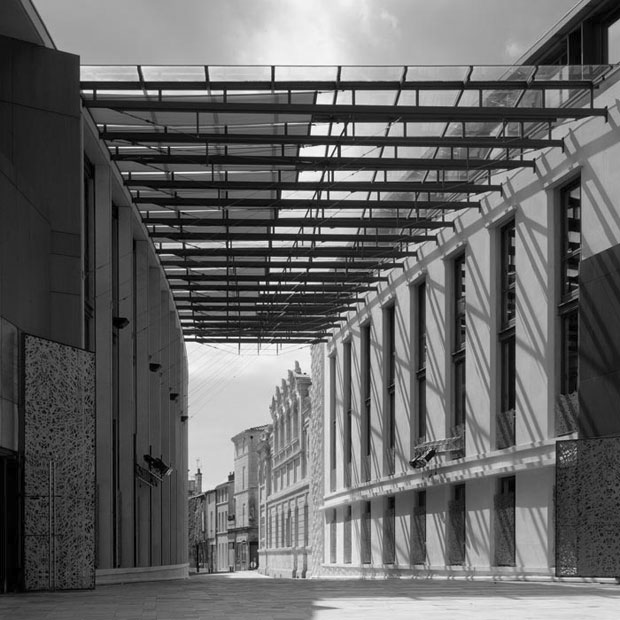 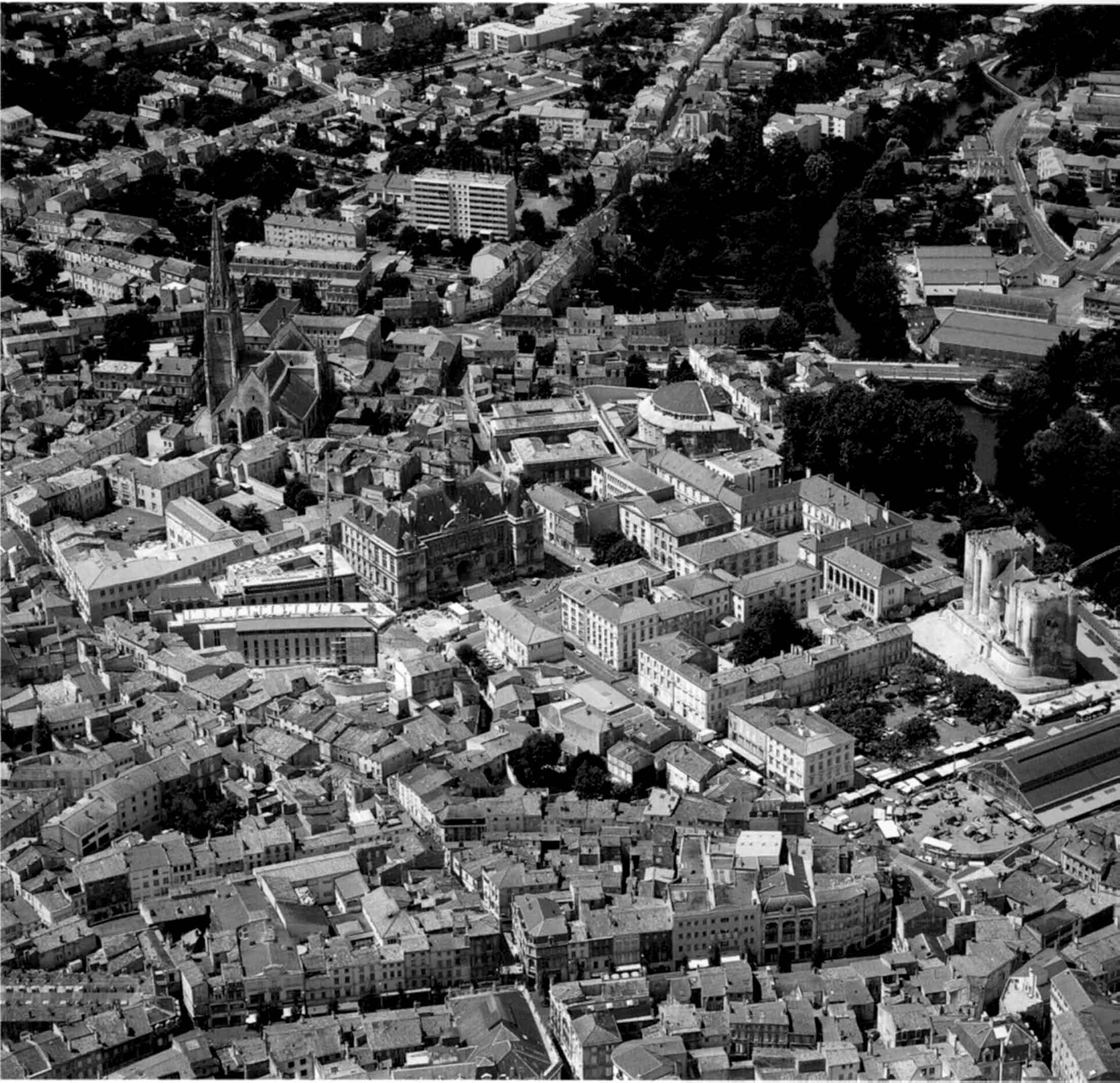 Location of the project in the city, aerial view

Careful construction work characterized all the components of the project, the work demonstrating many superimposed levels of architectural composition. • Expression of the calcareous geology Bare walls of stone were left exposed on the levels of the underground parking area, acting as a base against which its curved structure stands out. • Civil engineering and concrete structures The civil engineering work visible in the curved structure of the parking areas and under the facing of the façade reveals a complex design of flat curves. • Work on the stone facing The stone facing is not intended to hide the grey concrete structure, but instead has been placed slightly out of sync with it, allowing the different layers making up the project to be seen.Various types of stone treatment have been used: massive sawn stone blocks, shaped with a splitter and finished, for the lower parts and thick fixed stone for the upper. • Additional urban work On the stone walls of the façades, elements in iron and wood complete the façade design and that of the public areas. 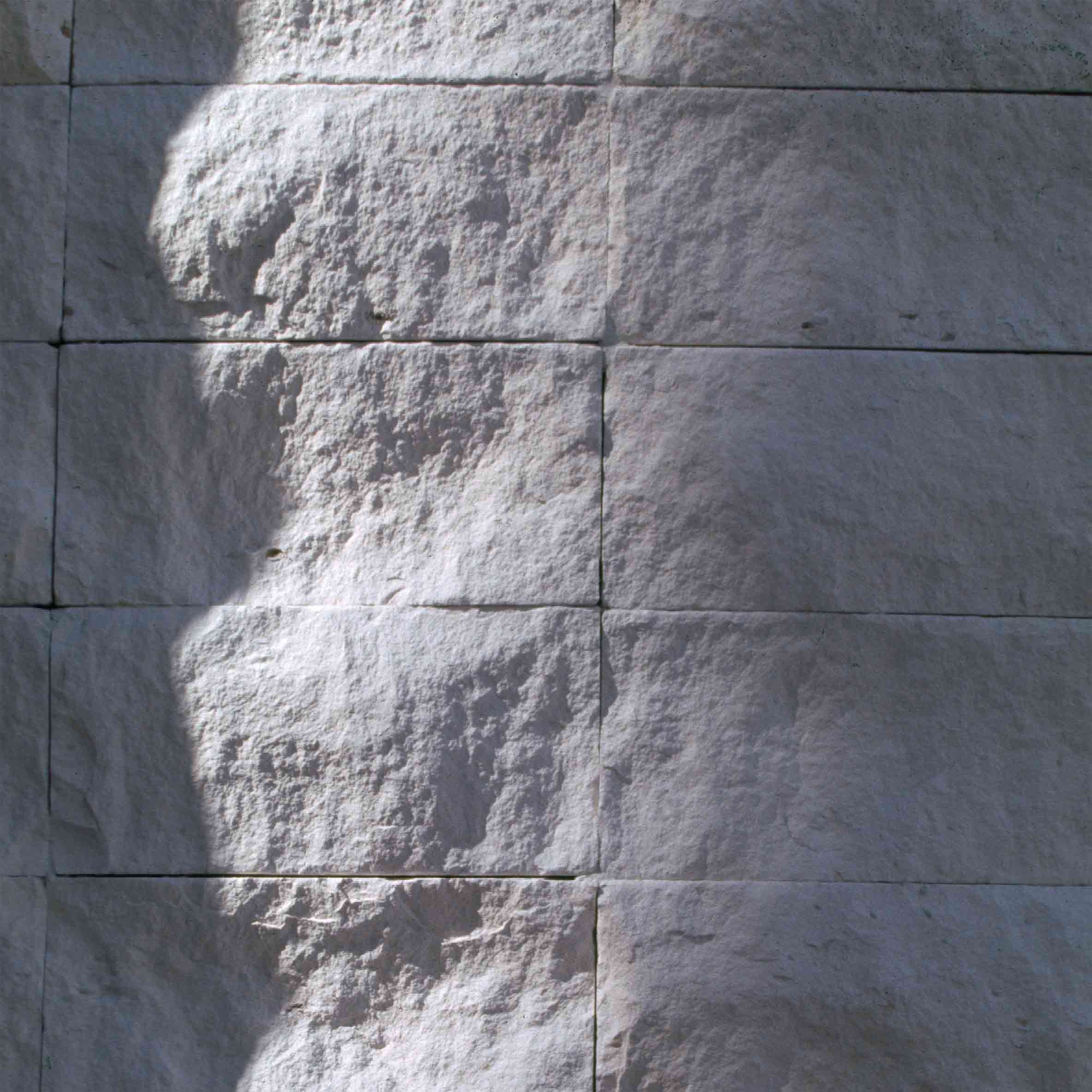 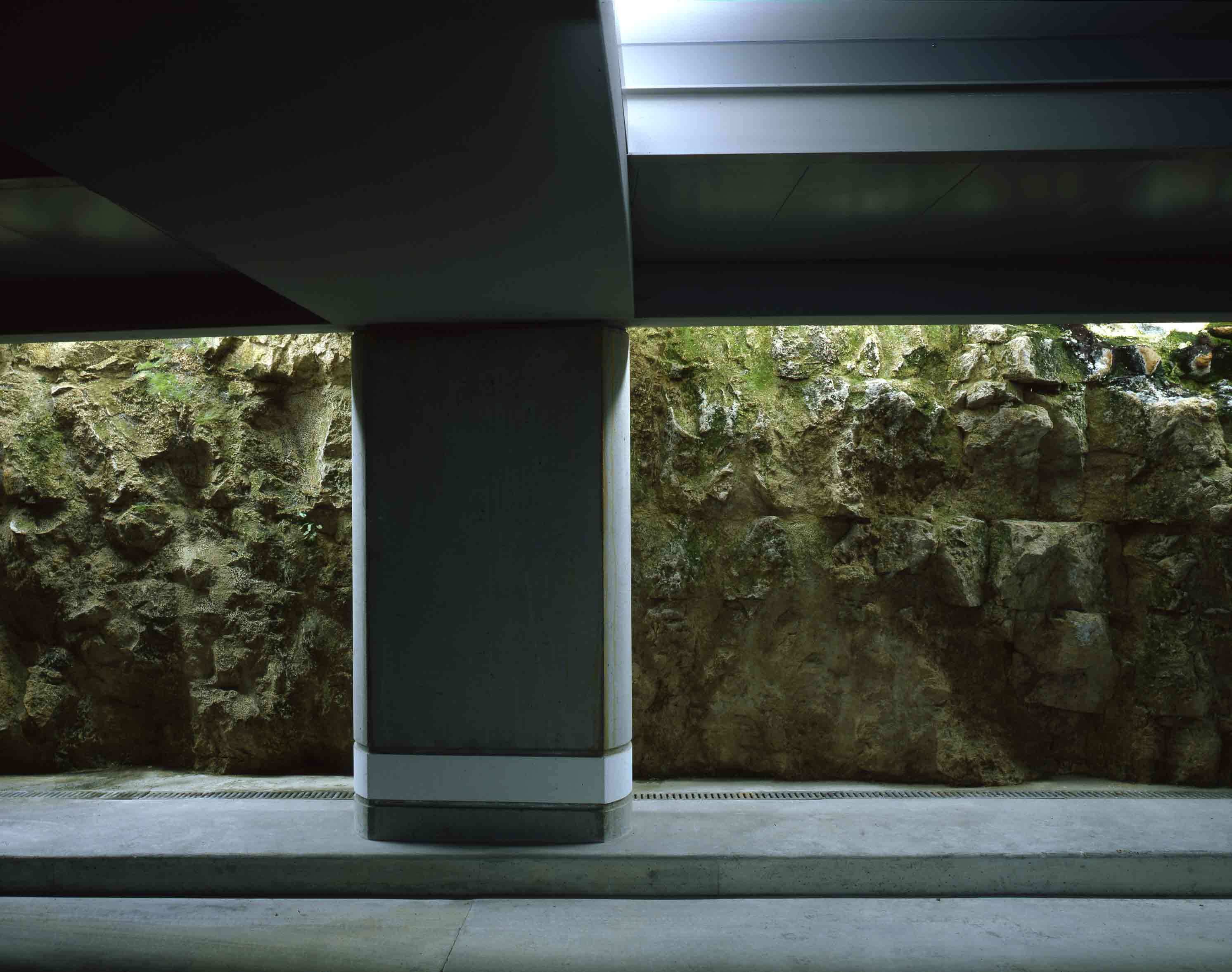 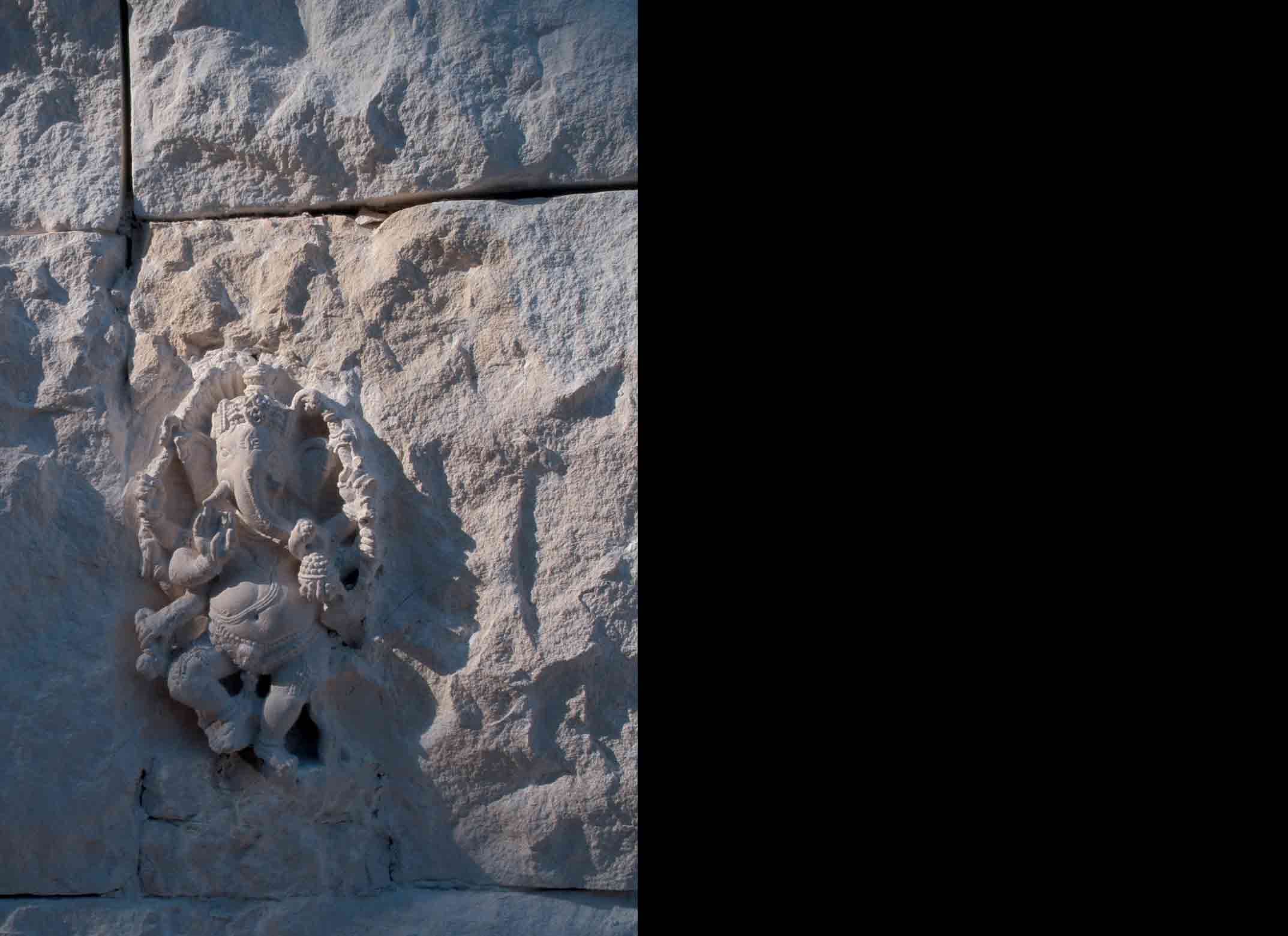 Gratings to conceal the façades

The guidelines indicated that the ground floor of the building, like the other floors, would be taken up by office space. A motif of intertwining lines was chosen for these gratings, such as that obtained by scribbling on a pad with a biro. In expanding this design to full size, the firm first photographically enlarged it and then entered this enlargement manually into a computer. The method followed by those entering the design naturally consisted of following the lines made by the pen and entering these one by one into the computer while trying to preserve the tension of a design that came from the contact of the hand with paper. This procedure took a long time, and none of the designs produced by the computer had the dynamism of those made by hand. Architect Aviva Silbert then changed the method, proposing instead that the lines themselves be ignored and only the blank spaces between them be entered into the computer. She tried this method, with immediately much improved results: without now having to make any further adjustments, the computer design exhibited all the dynamism of the original one made by hand, and in a few hours all the variations necessary for making the panels had been entered. 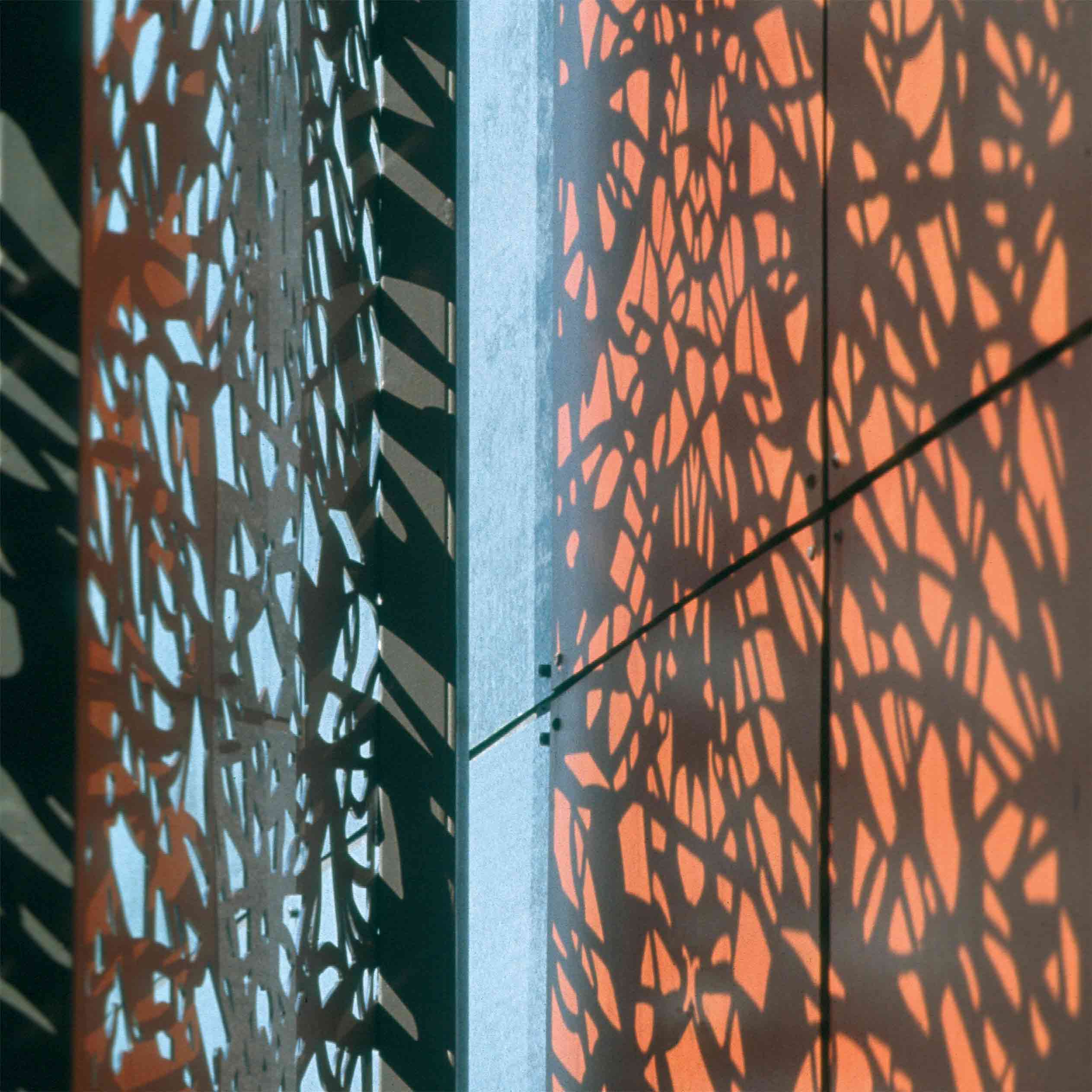 Light effects on the walls and steel screens 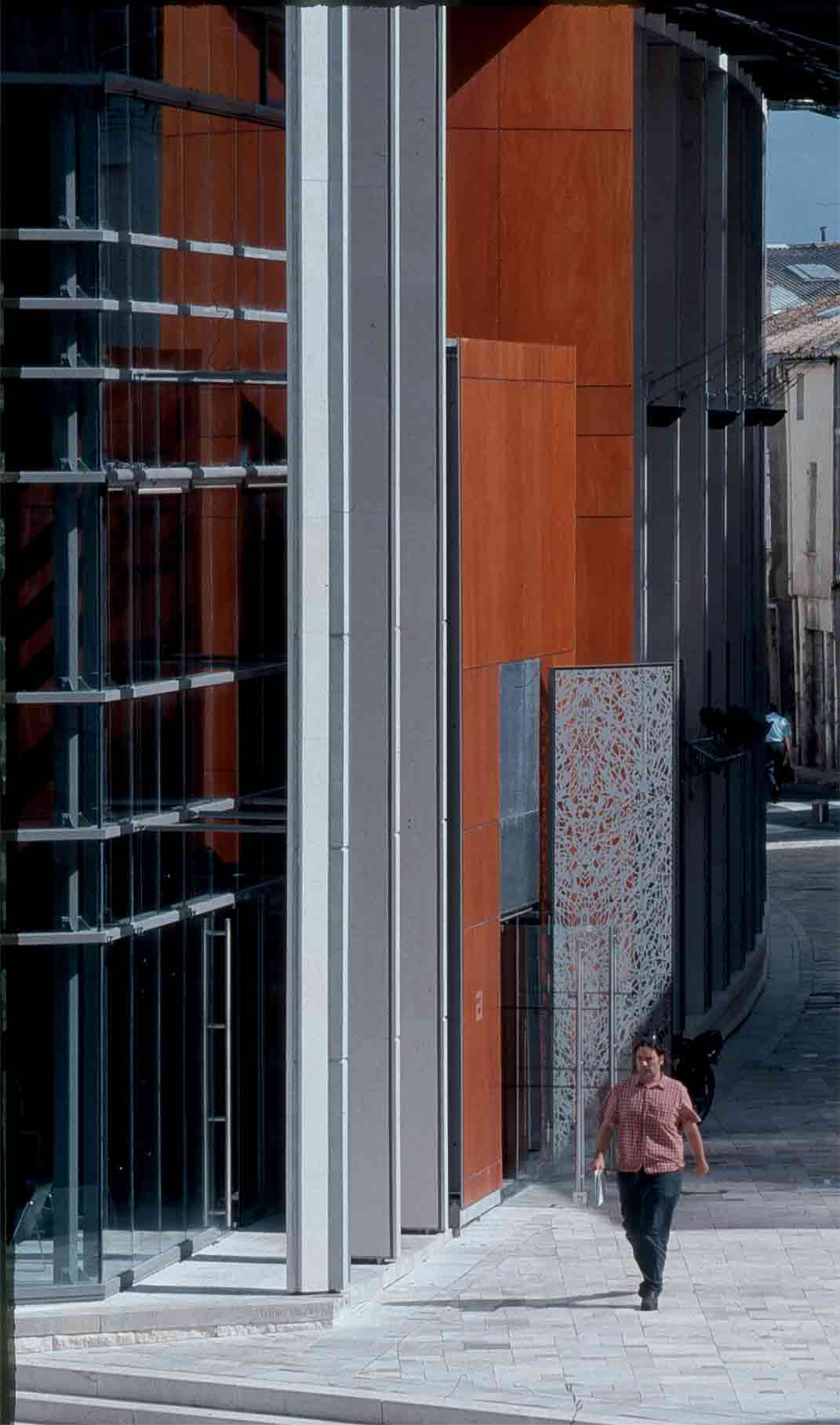 Entrance to the covered passageway 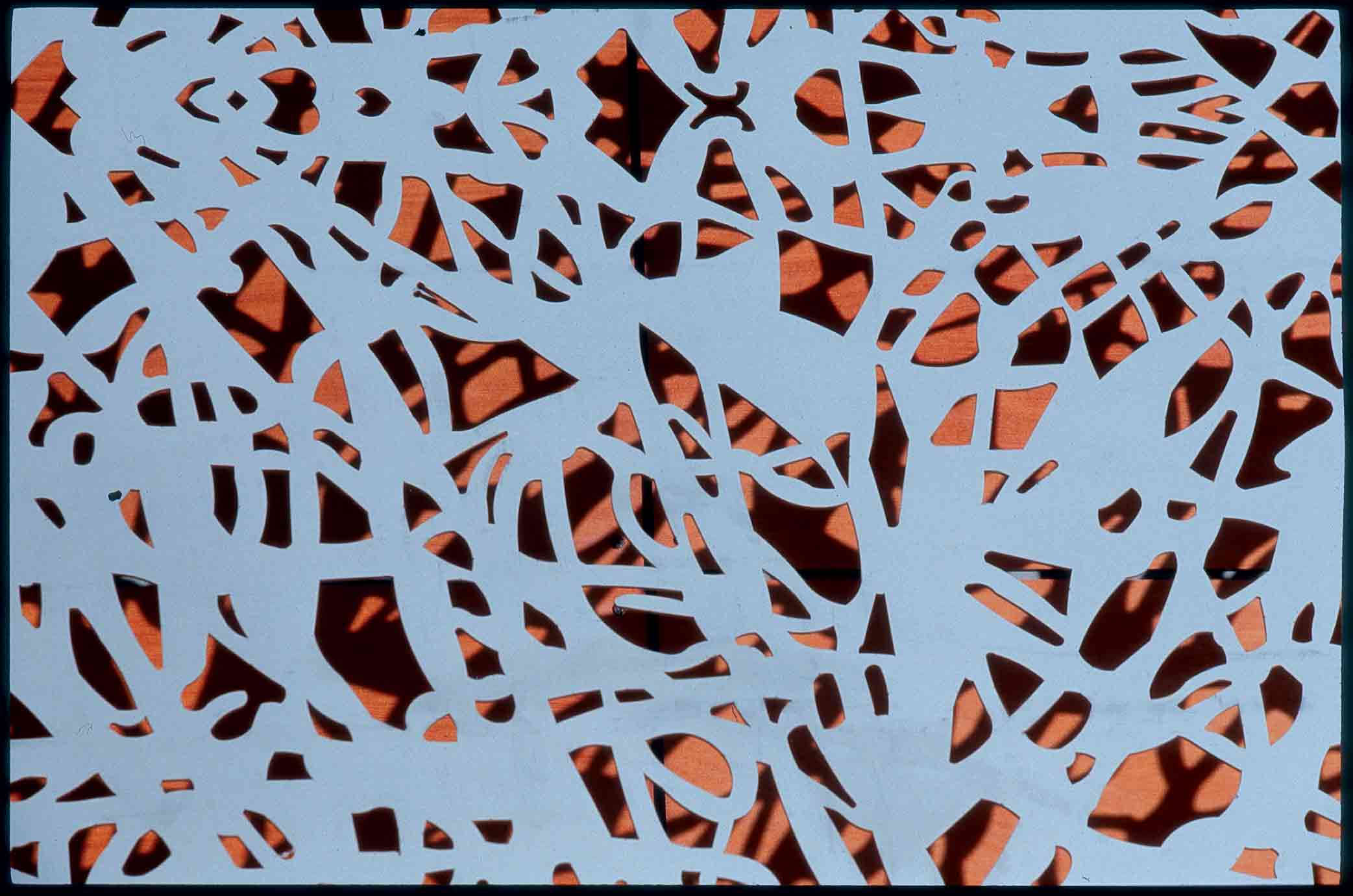 Detail of the steel screens