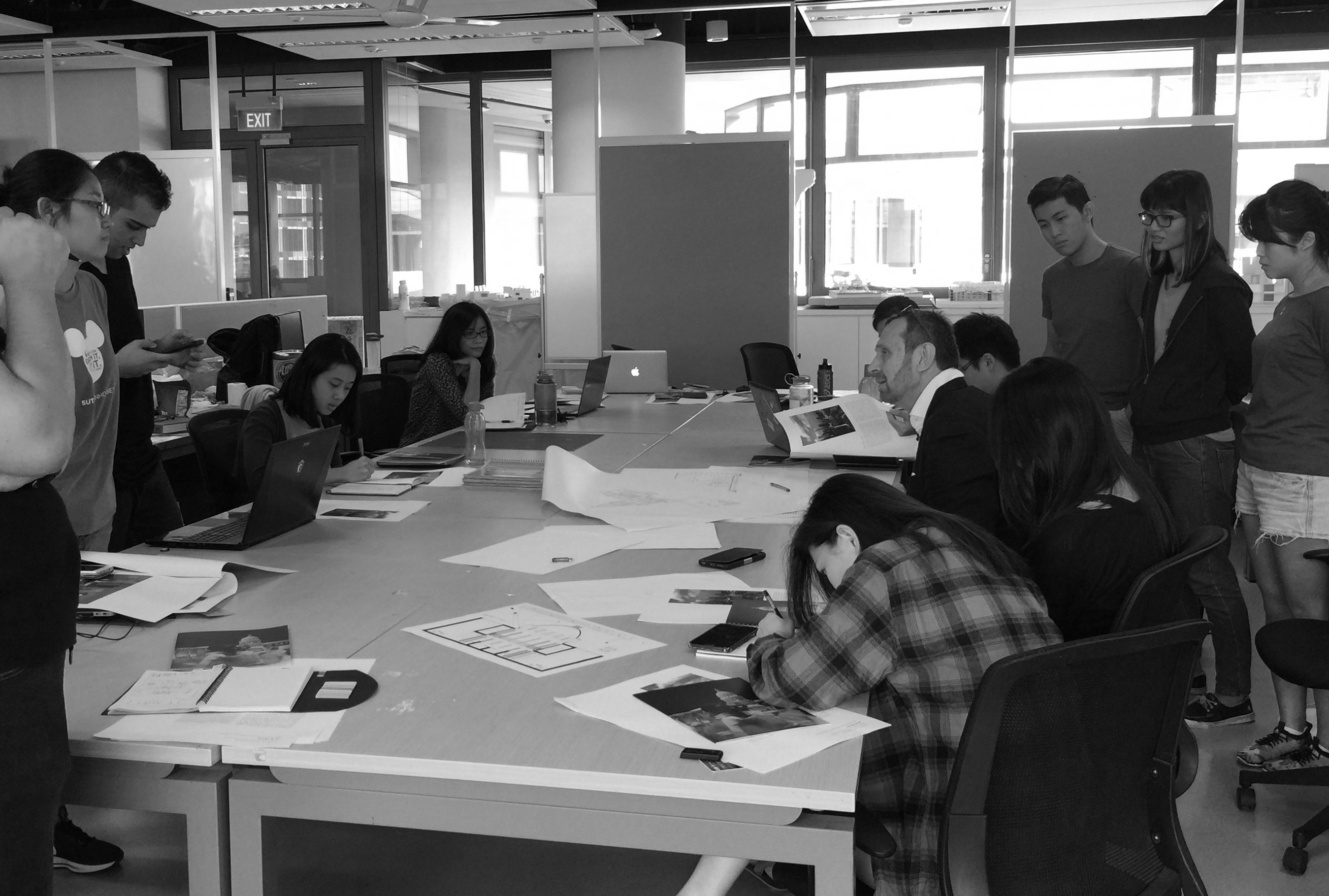 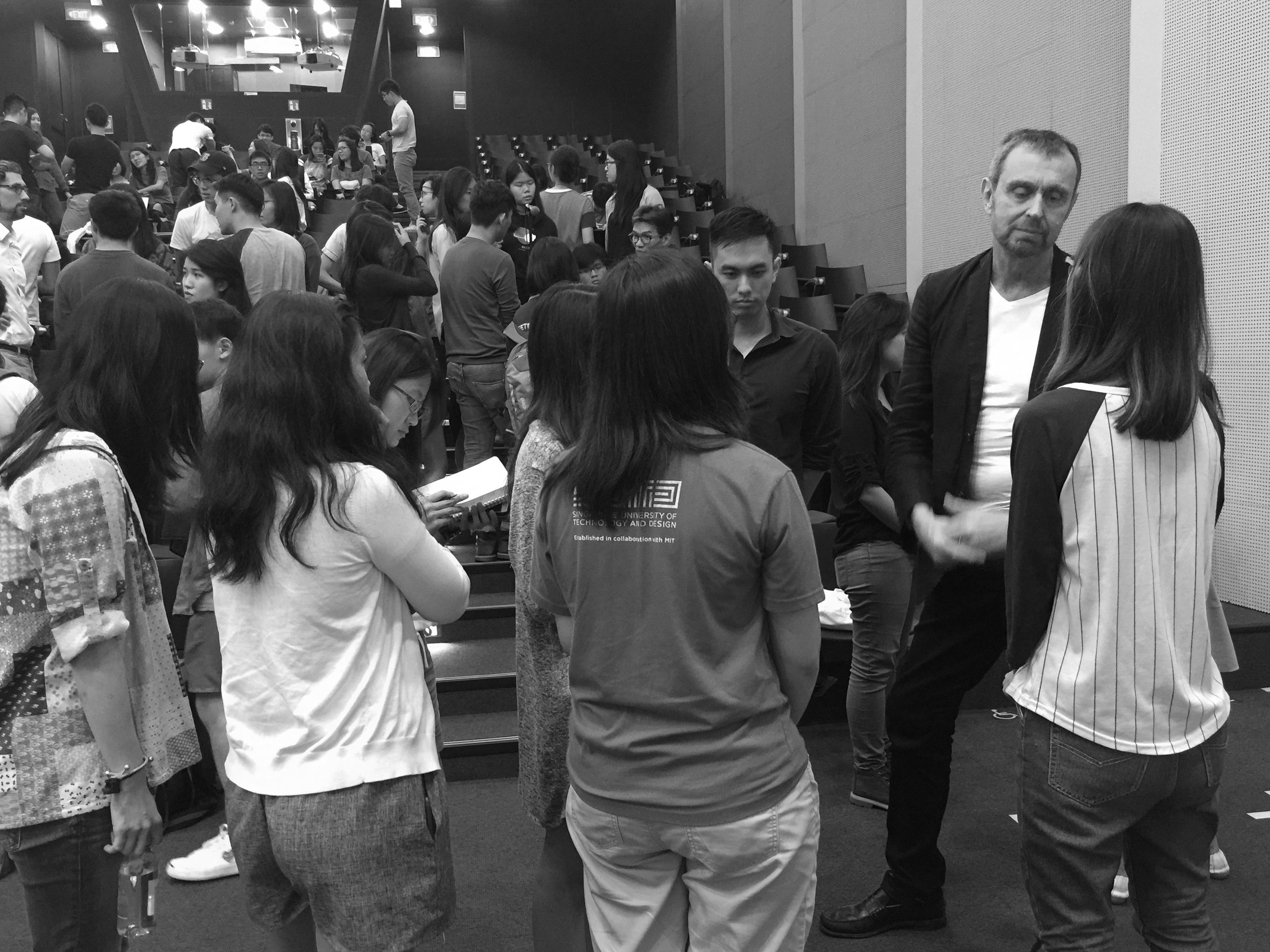 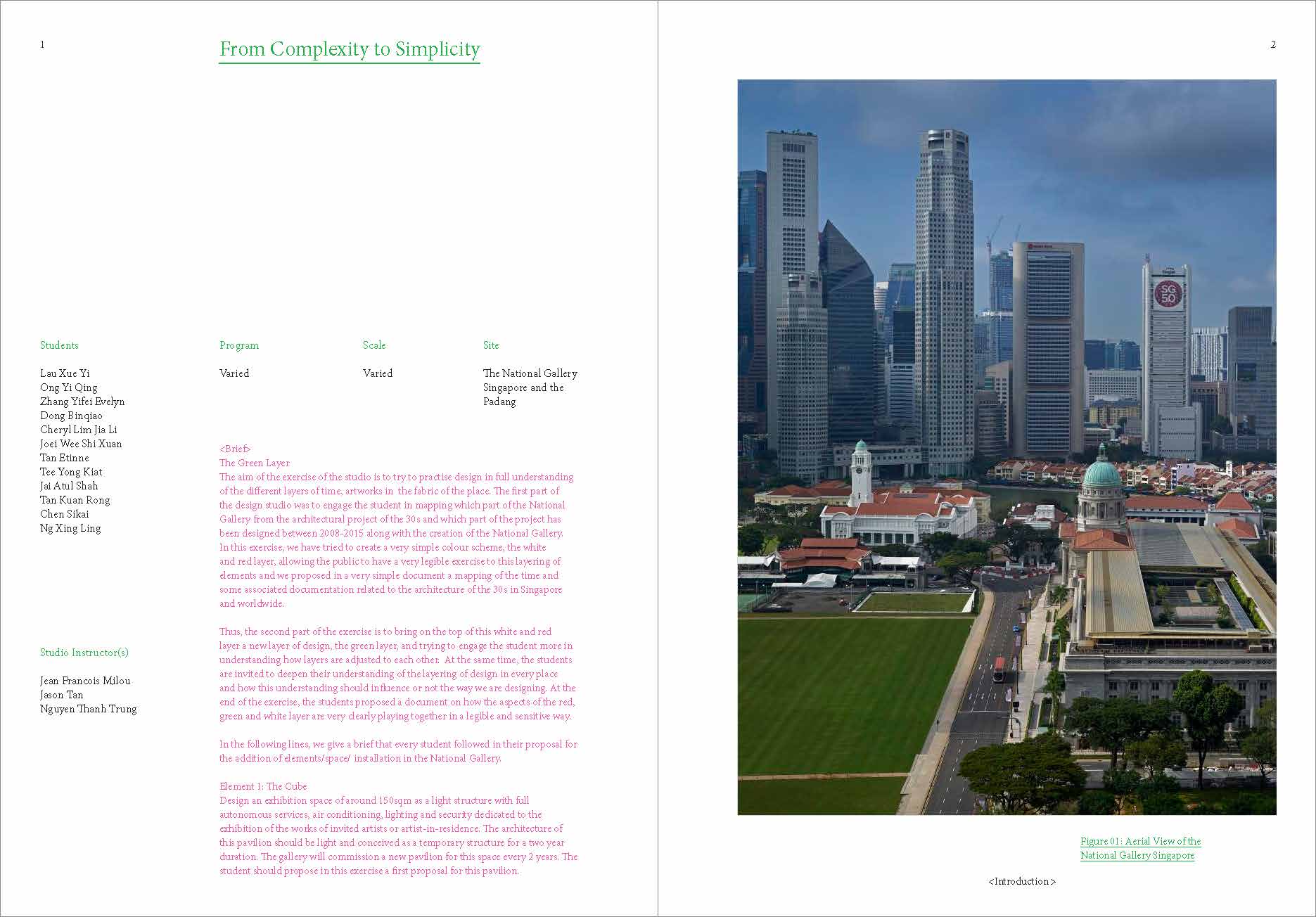 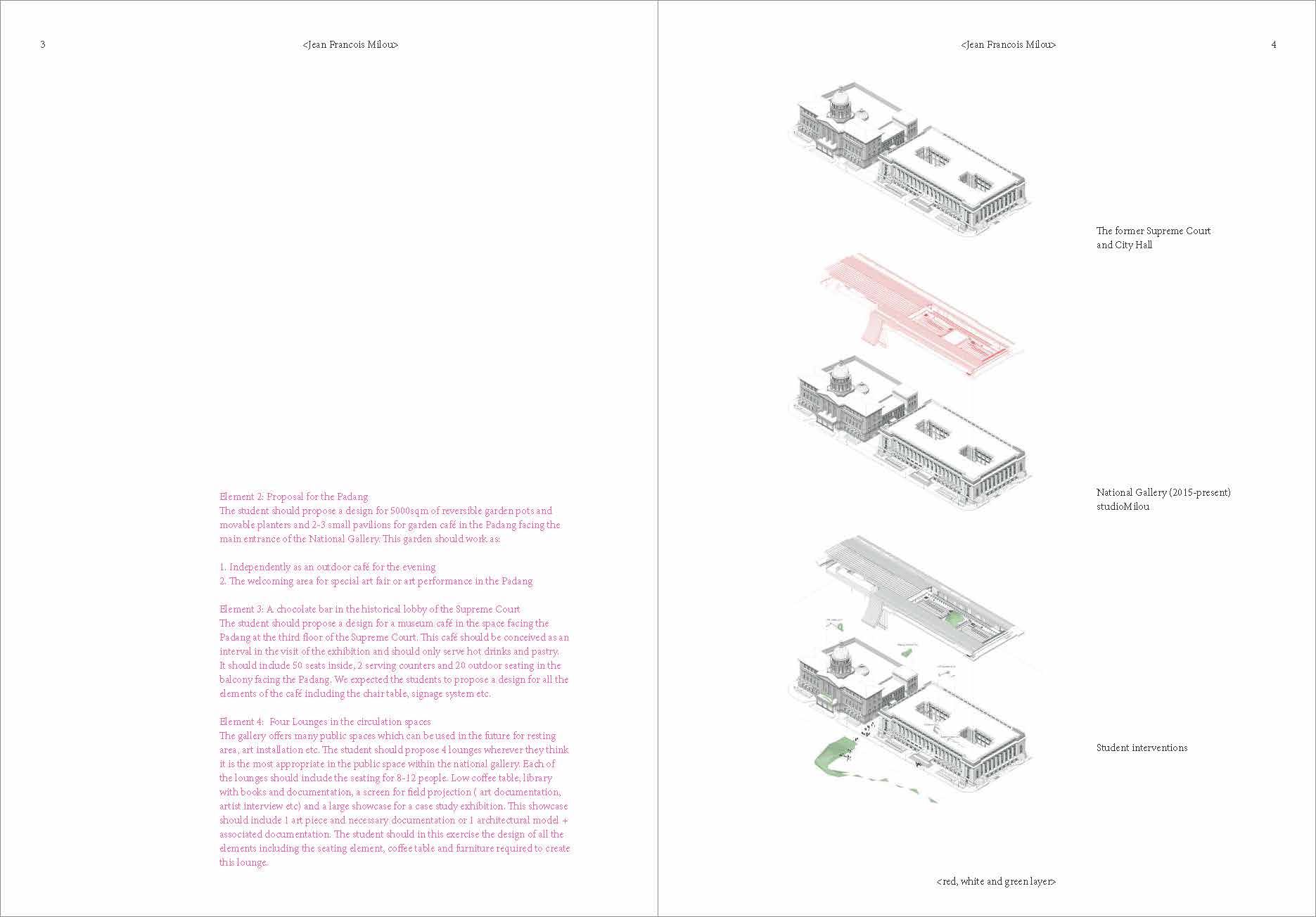 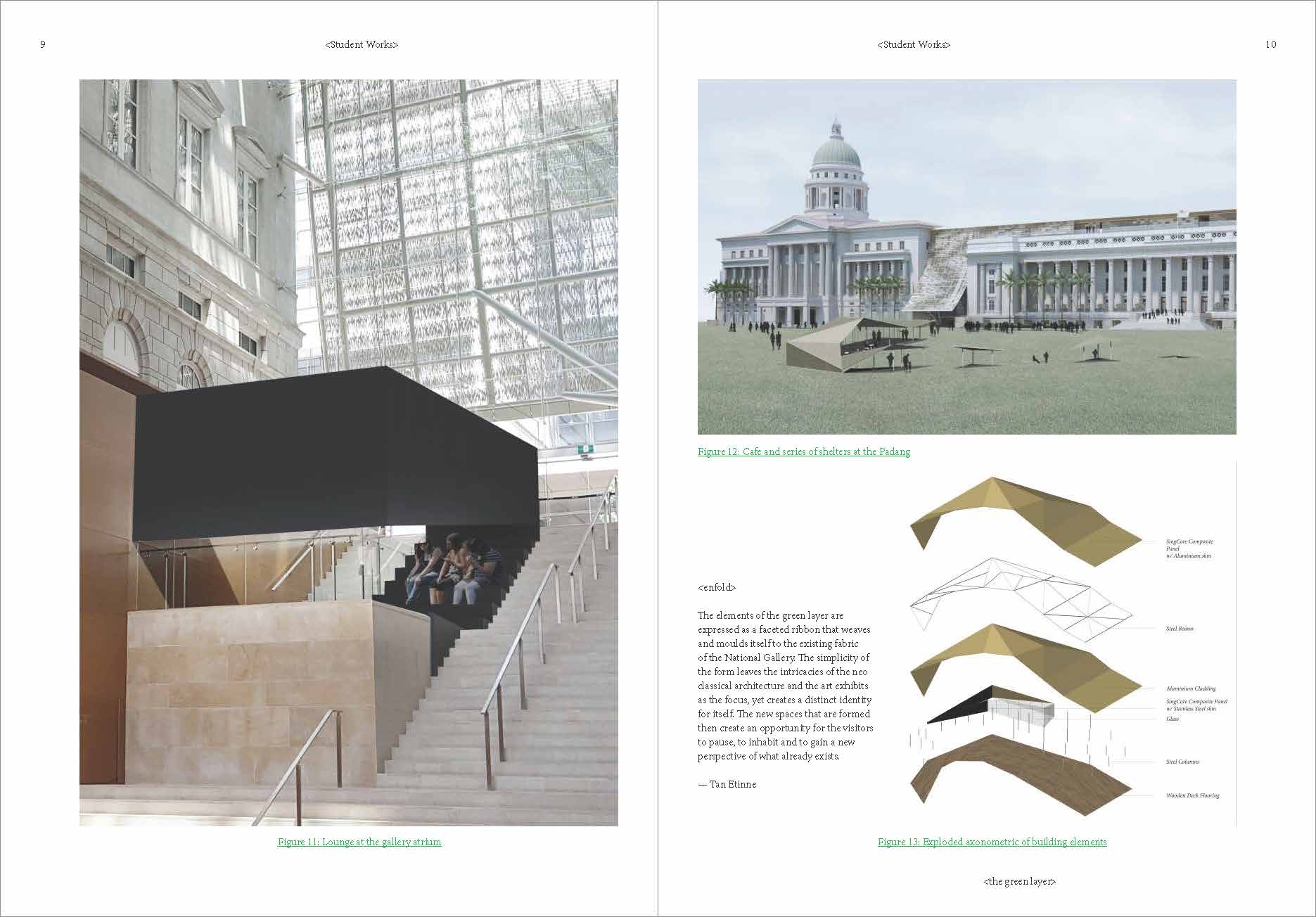 From February to August 2017, Jean Francois Milou was in-charge of one the design studio in SUTD Singapore.

Before the design exercise, Jean Francois Milou invited the student to visit the gallery, and document the layering of the architecture of the thirties and the new addition made in the 21st Century to create the National Gallery. The student were requested to work on different parts of the building and to make clear in their submission the different layering of architecture in the building: the black layer of the thirties and the red layer of the 21st Century.

In the design stage of the studio, students were invited to bring their own layer,  the green layer on the top of these two existing layers of architecture. One of the main focus of the studio was to convey the message that even without every constraining historical fabric, the designer should find his/her own freedom, and should not be overwhelmed by the historical context.

Jean Francois Milou was assisted in this studio by the architects Trung Ngyuen and Jason Tan.