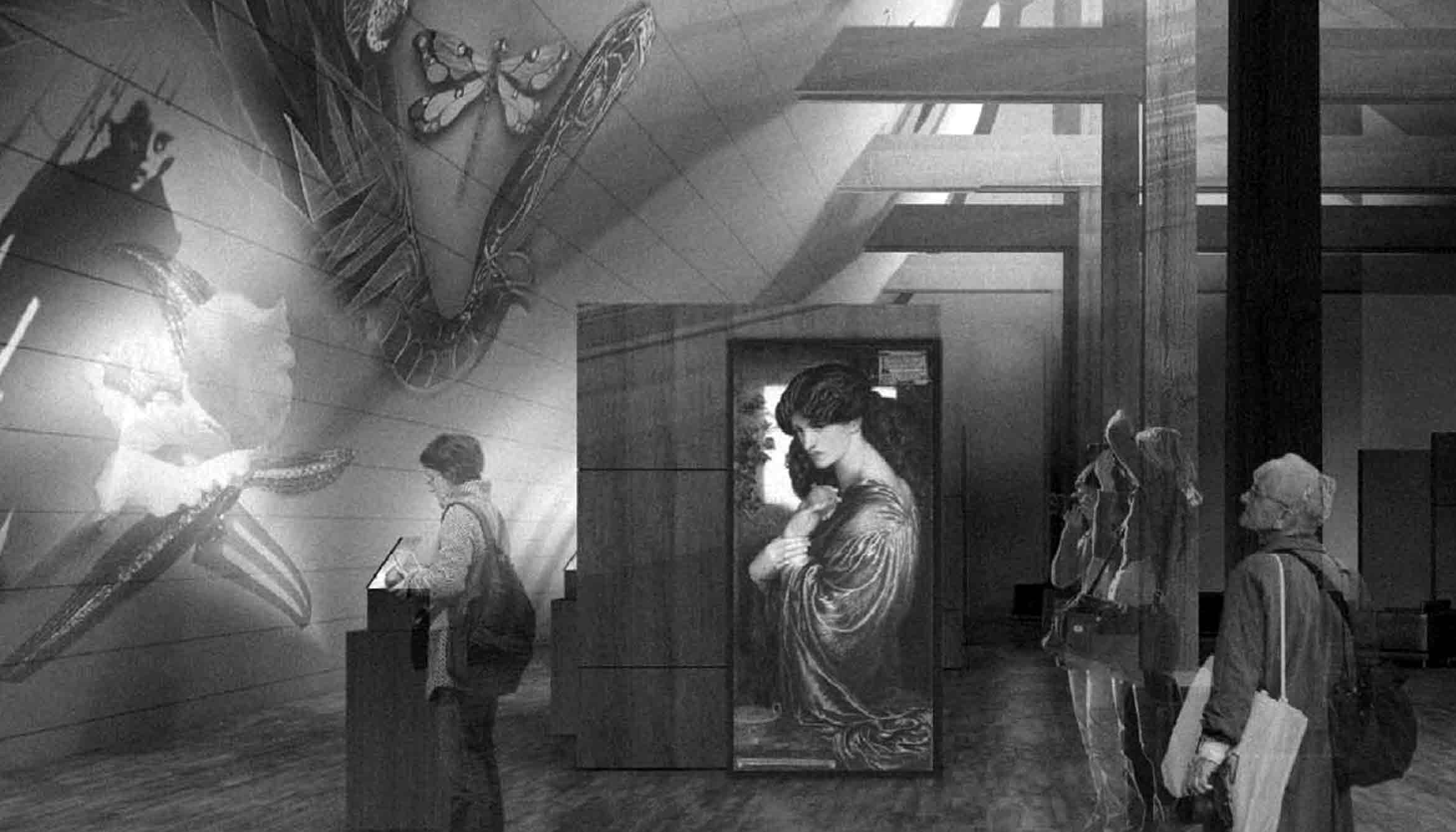 The Lalique Museum in the Landscape

“Conserving heritage is first and foremost about conserving a certain spirit. The buildings on the Lalique site bear witness to what was once a rural glass industry, and their value comes from their relationship with the surrounding area and with the wooded hillsides around them.

This project aims to maintain this relationship, and the contemporary addition to the site is discreetly integrated among the original buildings. Most of it is tucked away behind the natural slope of the terrain and covered by turf.

The landscape as a whole is untouched. Entrance to the museum is through the natural entrance to the site, a long-forgotten route that runs the length of the river. The parking area, hidden behind an embankment covered with plants, is invisible. Having parked, and approaching the site on foot, the visitor suddenly comes upon the museum raised up on the hill. It cannot be seen on arrival at the site, and its appearance among the trees comes with the shock of surprise. A new building unifies the ensemble of buildings that can be seen today.

Long and narrow, it is inserted like a long blade between the pre-existing units. Giant metal letters in a style associated with the founder of the Lalique works, René Lalique, are arranged along the façade to make up the word Lalique.

The gable looks like glass, and, approaching the building, the complexity of the materials used is revealed: employing large blocks of glass and sandstone from the Vosges, the building looks either transparent or opaque depending on the angle from which it is viewed.

This system of alternating transparency and opacity, silicates with glass, is a large-scale metaphor for the work of the glassmaker. screens that are ordinarily left open and can host some 80 people. 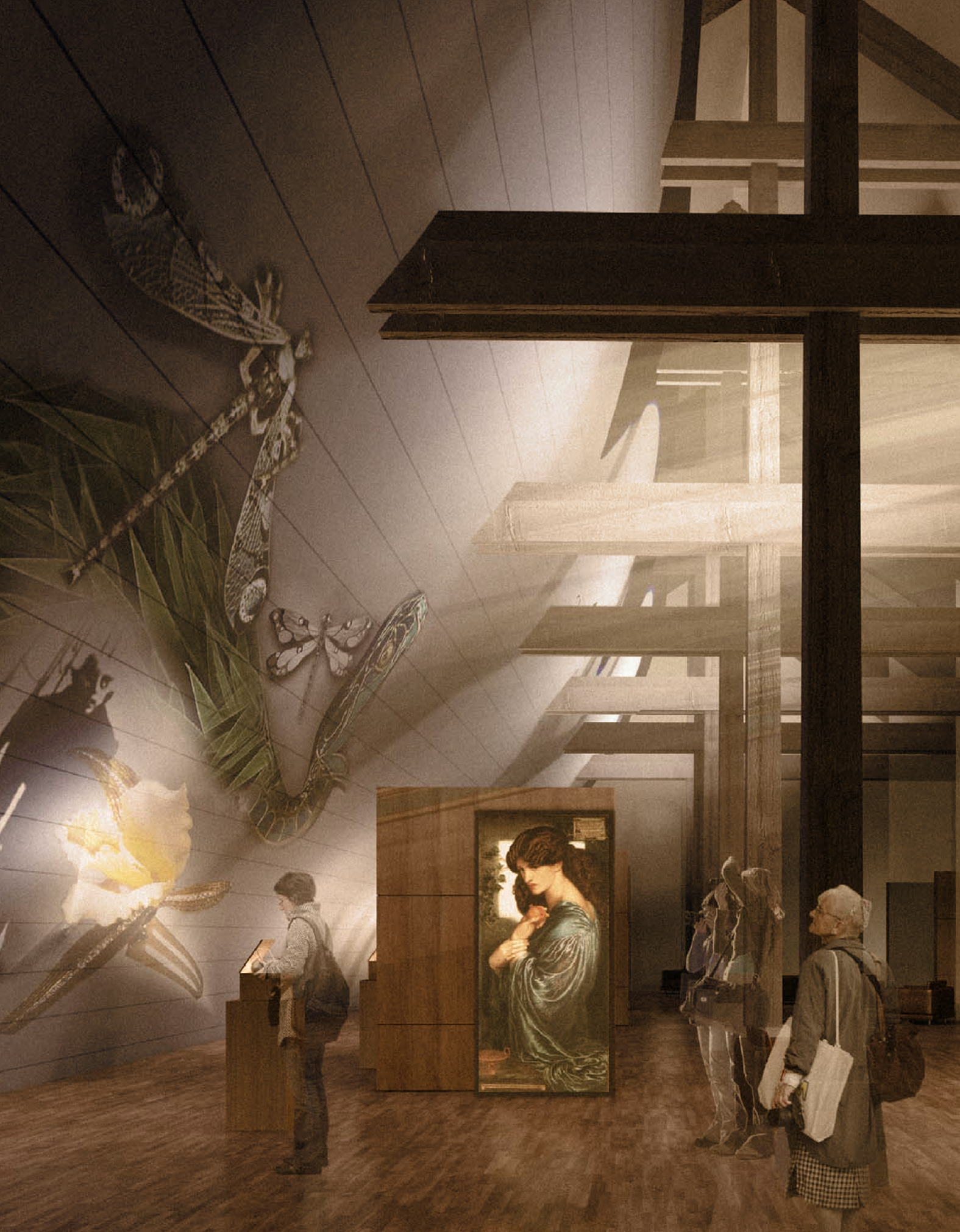 Audiovisual environment in the annex buildings 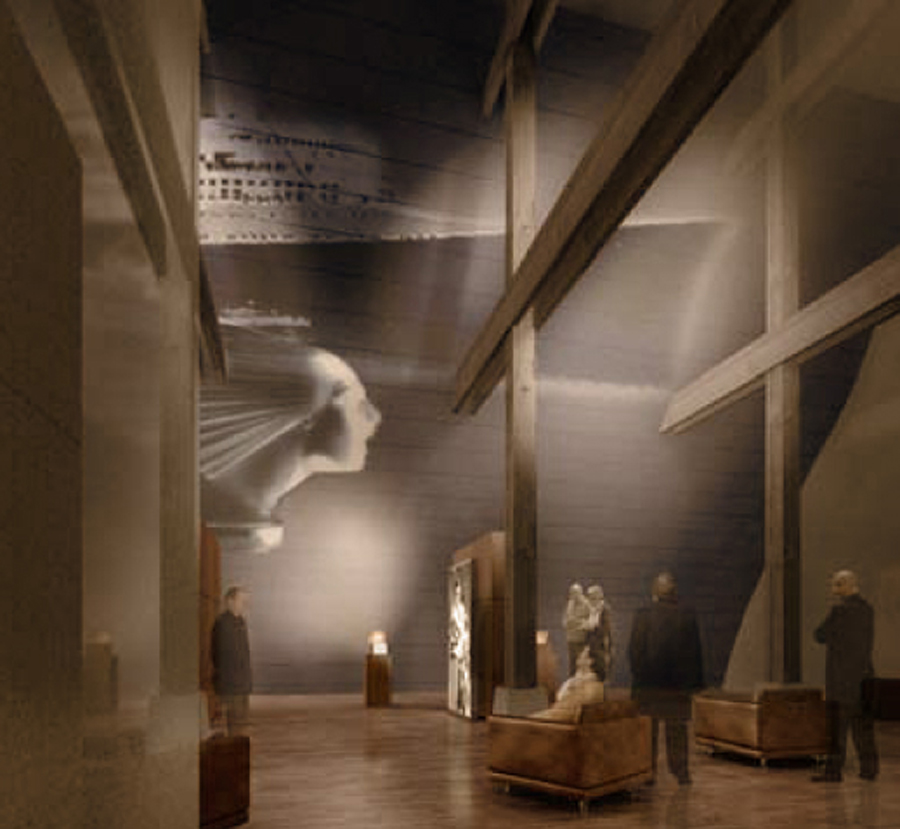 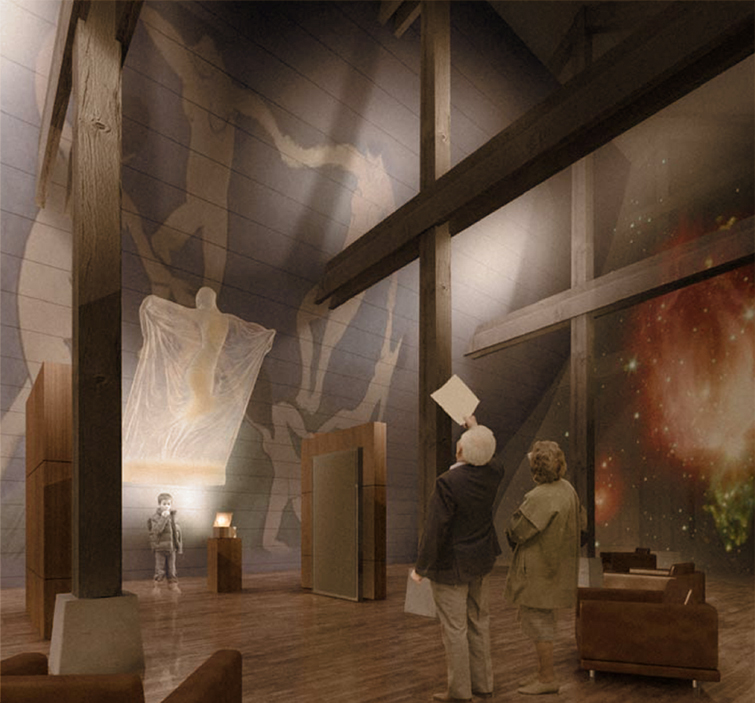