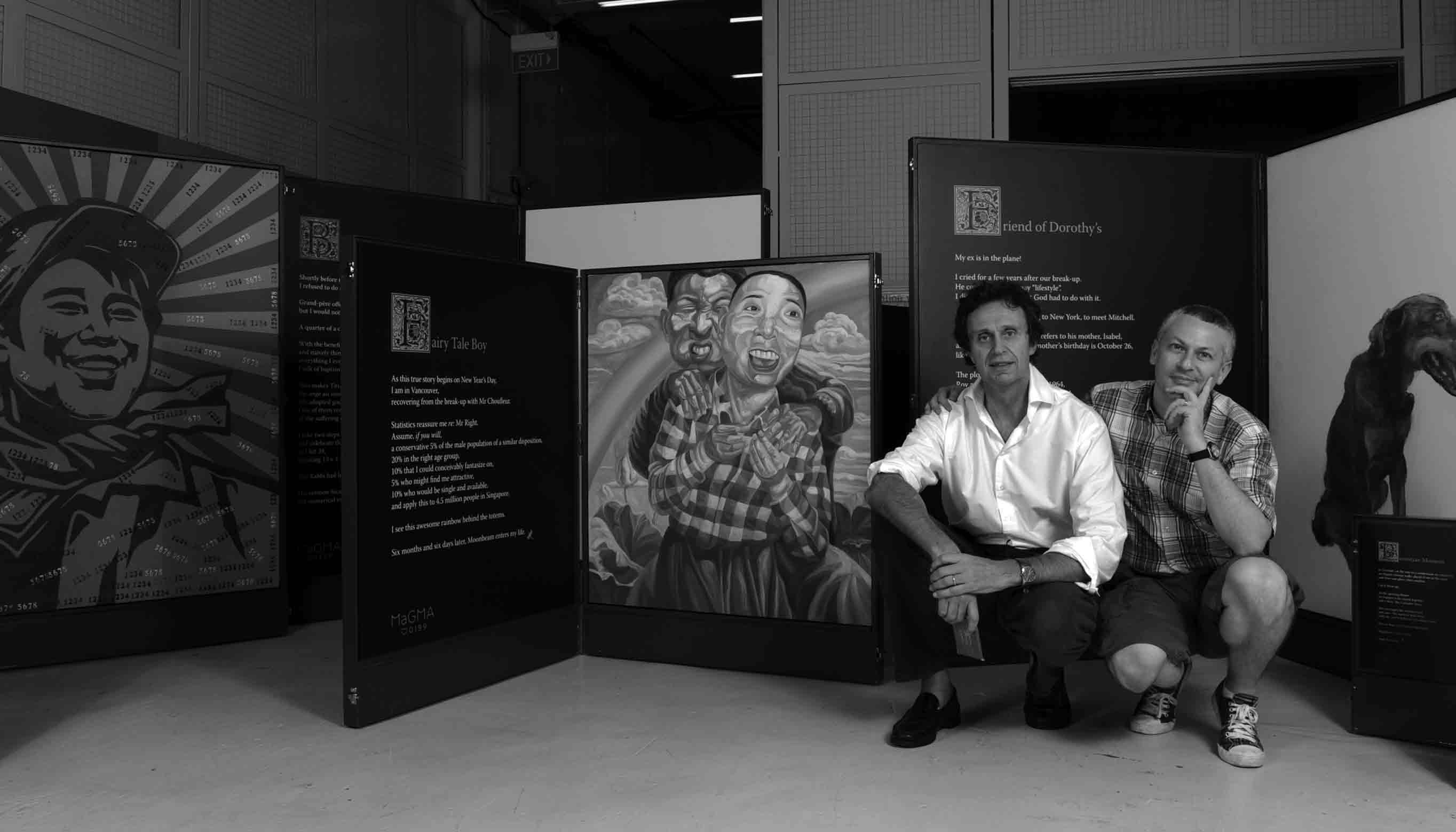 Eight Diptychs for a Portable Exhibition

“In June 2009, I was in Singapore working on the construction of the new National Art Gallery, a project which aims to create a major museum of the visual arts that will be open to every form of art and to the widest possible public.

It will bring together the two most important colonial-period buildings in Singapore, the former Supreme Court building and the City Hall.

The project is a laboratory for new museological ideas, and it has led us to work on relationships to works of art that are non-intimidating and that make art something to be enjoyed.

In one of the exhibition designs that we worked on at the time, we thought about works of art being simply placed on the floor, like in an artist’s studio. In another design dating from the same period, the artworks were hung at a level at which they could be directly viewed by children.

In another design, each artwork had a separate space dedicated to it. It was at this time that I met the MaGMA collectors again in the area of Singapore in which we were then living.

I also had the chance to view their collection. From the very beginning, MaGMA was very much open to the idea of working on the relationship between works of art and the surrounding space, and one day they came to see me in order to work on a concept for an exhibition of 25 important works from their private collection.

These 25 works would be presented as part of a narrative that would cast an intimate light upon the way in which the collection and the events of a lifetime had come together to make up a “major narrative” for the collectors.

The form of the narrative would be fragmented into a series of “small narratives” built up from each of the 25 works presented, like 25 double pages drawn from a larger book of images. We responded to MaGMA’s wishes by creating an environment for each work that was inspired by a double page and was both respectful and protective.

The project finally came together in the form of a series of 25 cases, one for each of the 25 works exhibited. Each of the 25 cases opens up like a diptych, with the artist’s work on one side and an episode of Fairy Tales on the other. Once closed up again, the cases can be returned to the reserves, or they can be put on a plane and sent to a new exhibition site.

Alternatively, they can be simply opened up once again and shown as they are, situated in space individually or as a group. Each diptych is built to the scale of the work it contains, some being as large as cathedral doors and others as small as a jewel box. All of them have their own place in the house where the collection is kept, whether standing on the floor or set on a table. However, in the exhibition the diptychs will all be stood on the floor, where they can enter into dialogue with each other.

Arranged in this way, they will be indifferent to the visitors’ gaze, even as visitors will want to linger, intrigued by the smallest among them. The diptychs will thus serve as the mounting for an exhibition, or as a small portable museum.

The exhibition to be held by MaGMA in March and April 2010 in Singapore will be the occasion on which the first eight prototypes of these cases will be presented. 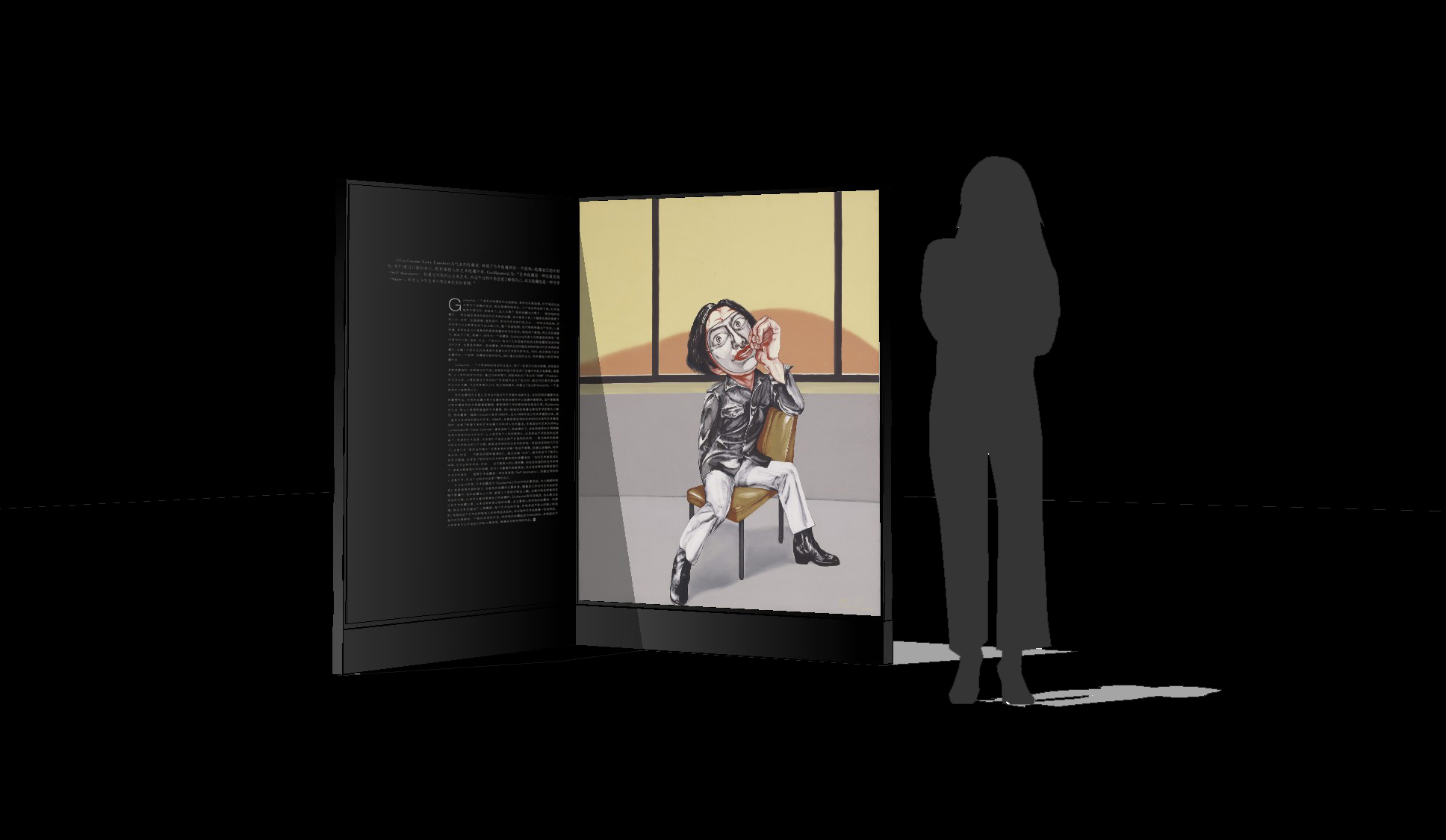 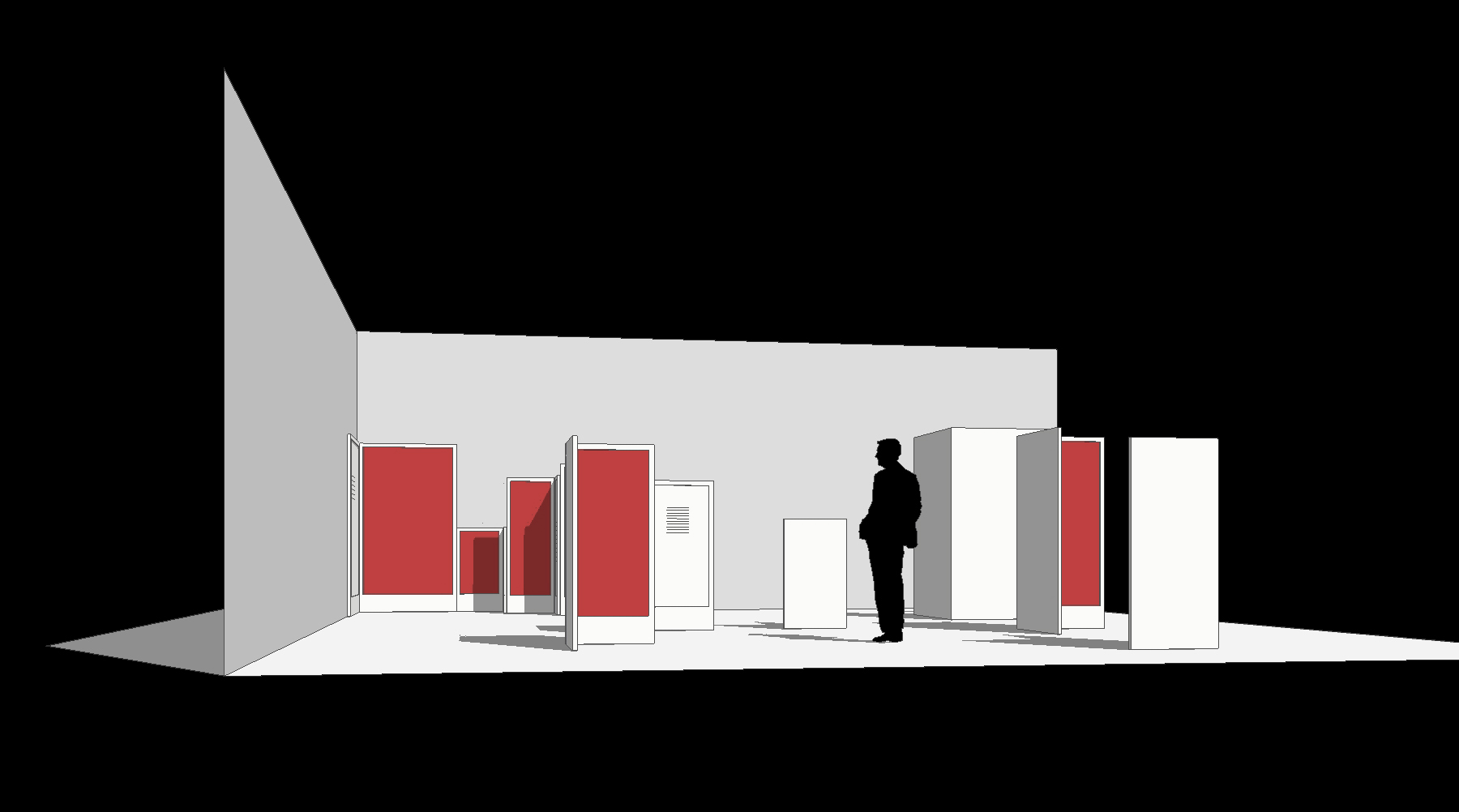 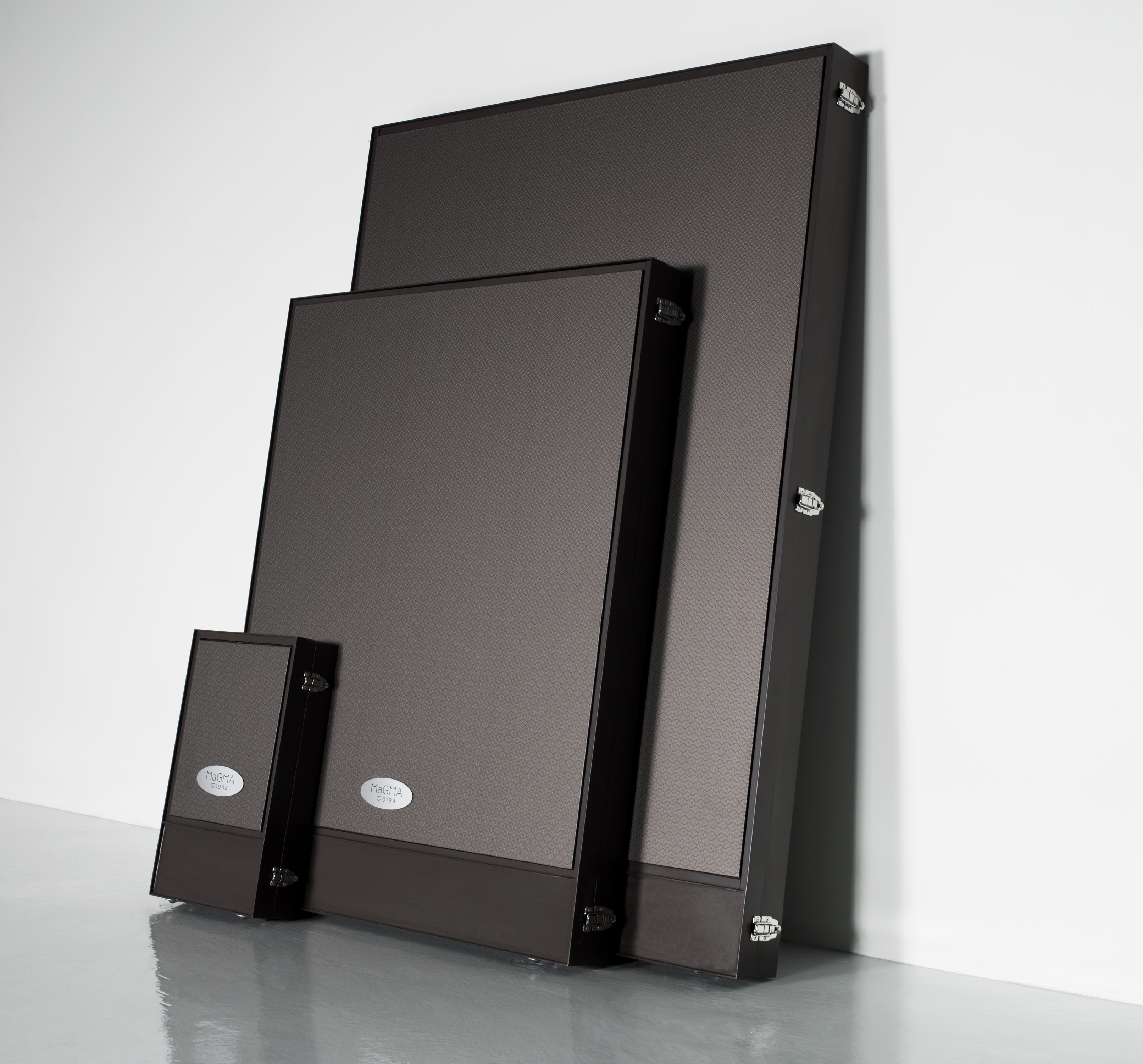 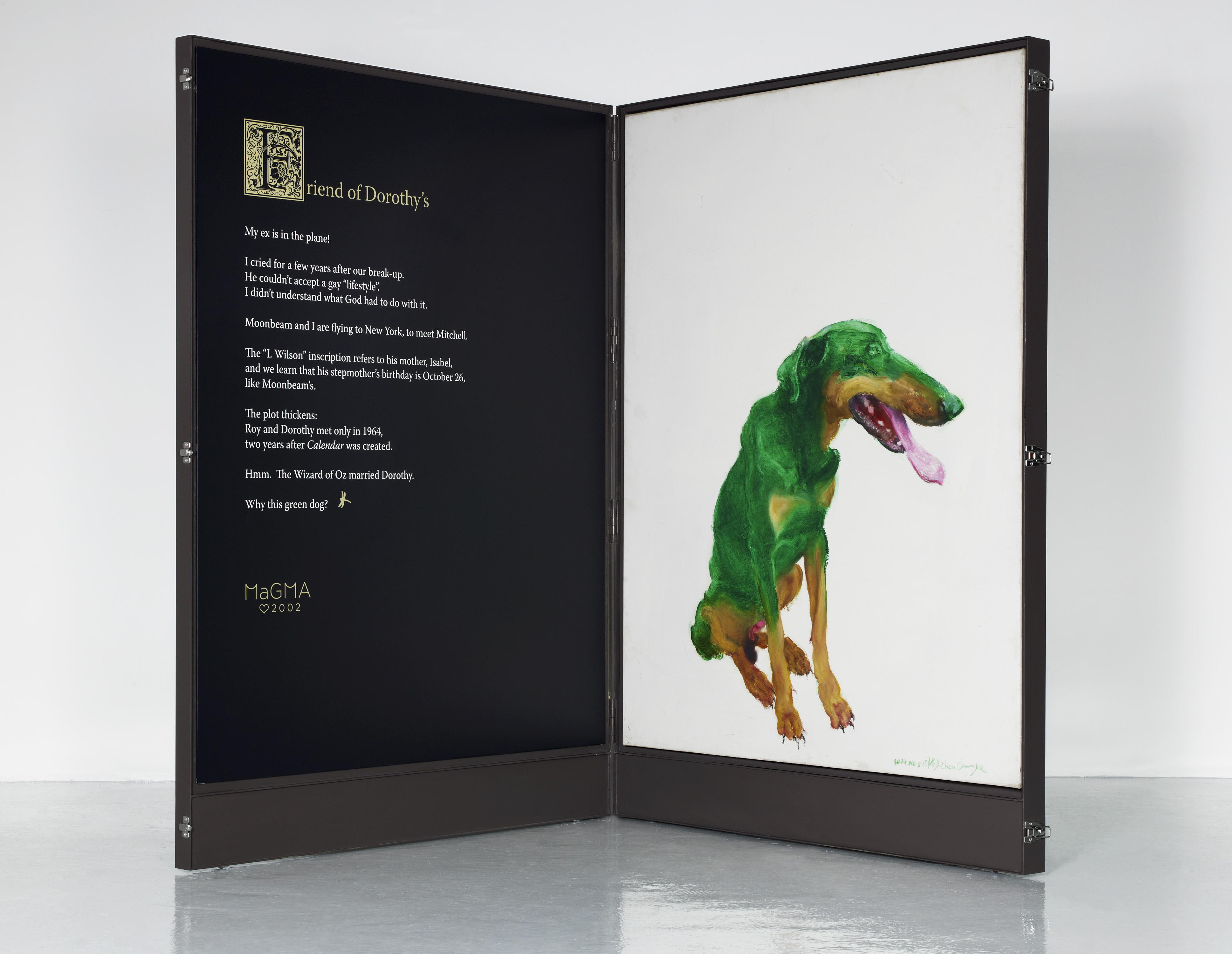 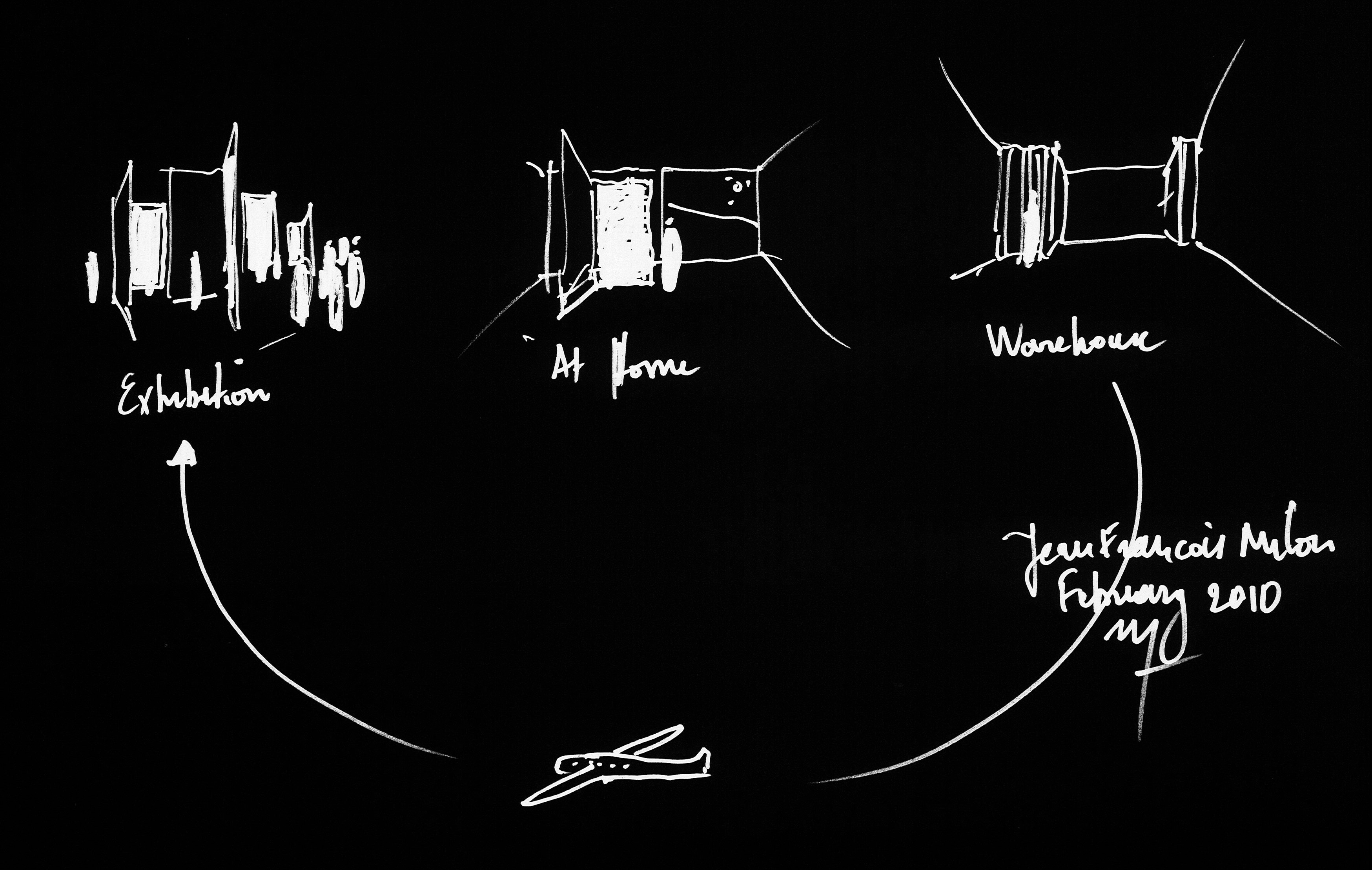