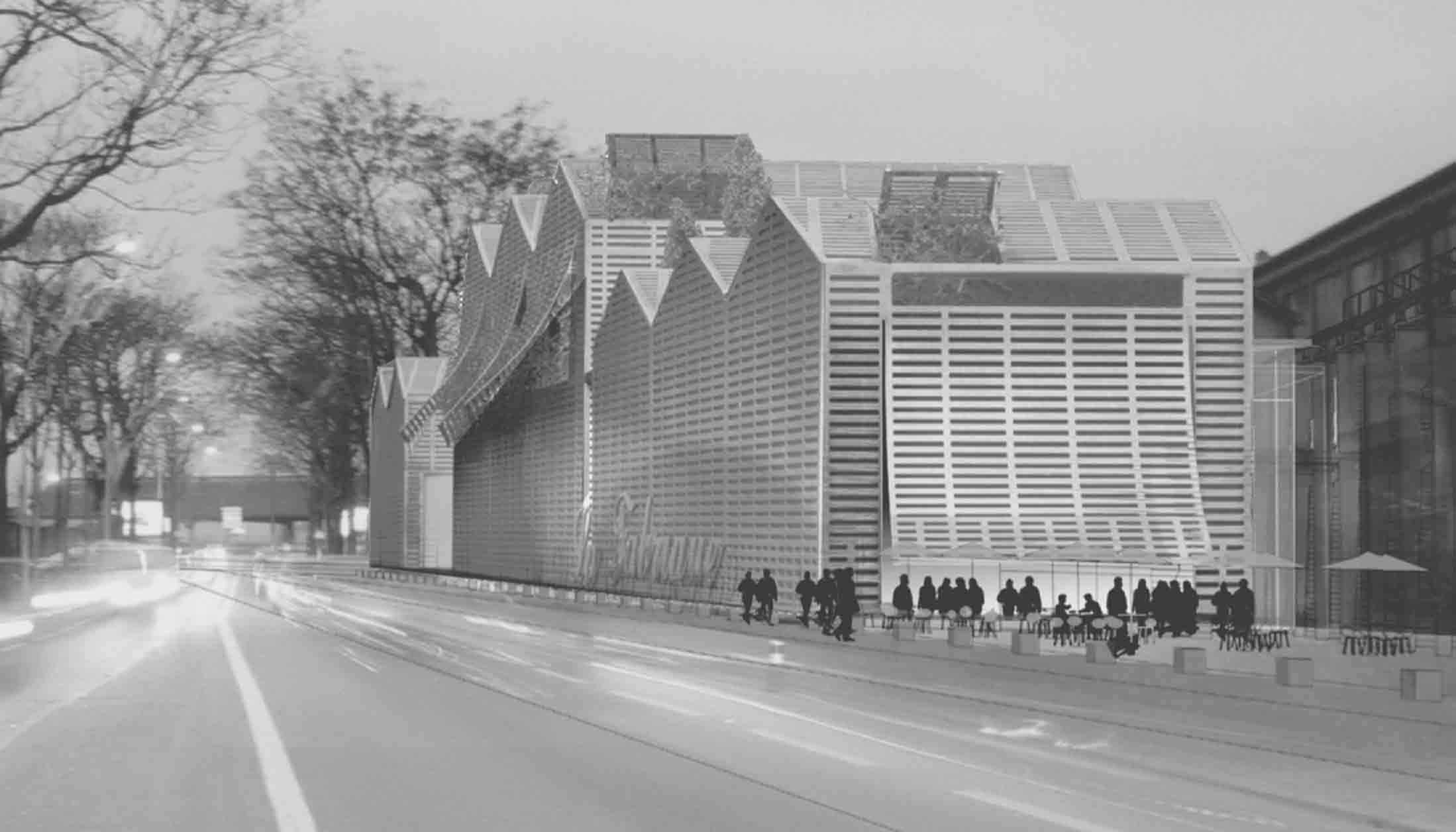 In response to an ambitious, varied brief that included cultural and social components,the project proposes a single response in the form of a series of ‘cross-sheds’to the existing  Dubigeon Sheds, these being arranged at right angles to the original ones. The façades are composed of pierced alternating sections of Corten steel,asphalted wood and glass,and vegetation from a hanging garden is allowed to grow through them. This design is above all poetic, composing a kind of ‘counter-fugue’ out of the whole network of sheds and cross-sheds that will make up the future Dubigeon Halls and making it a community area and a place that has been strengthened and unified as a large central market area,or Grand Bazaar of the Ile de Nantes. At night,the project will resemble a glittering copper-coloured lantern. 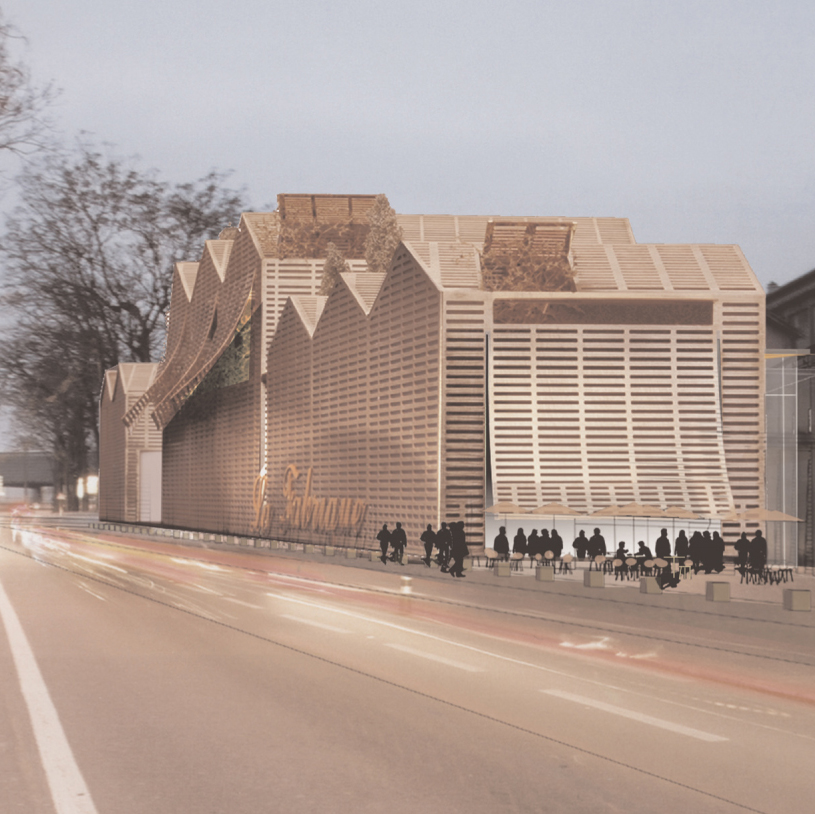 The new building seen from the street 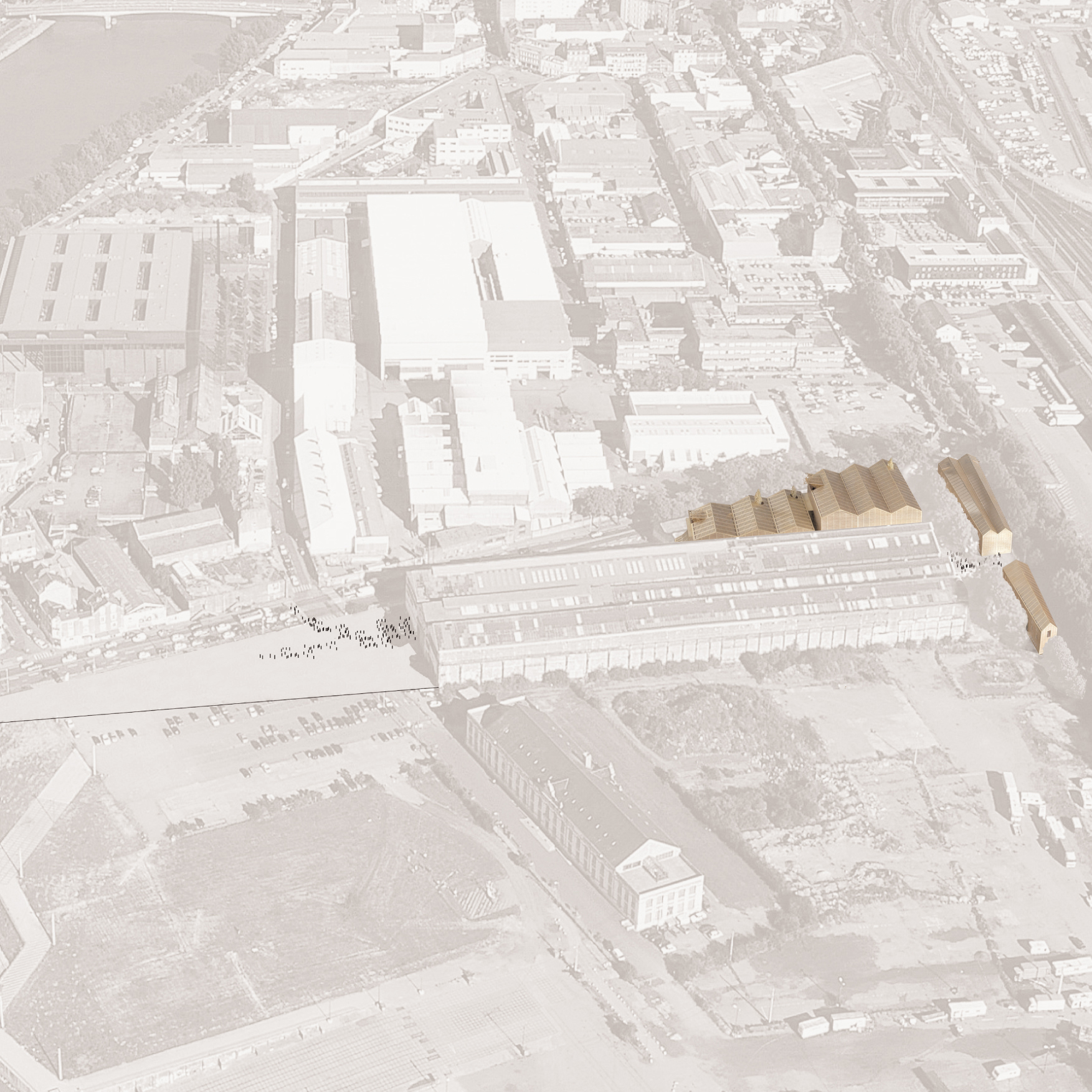 Location of the project in the city 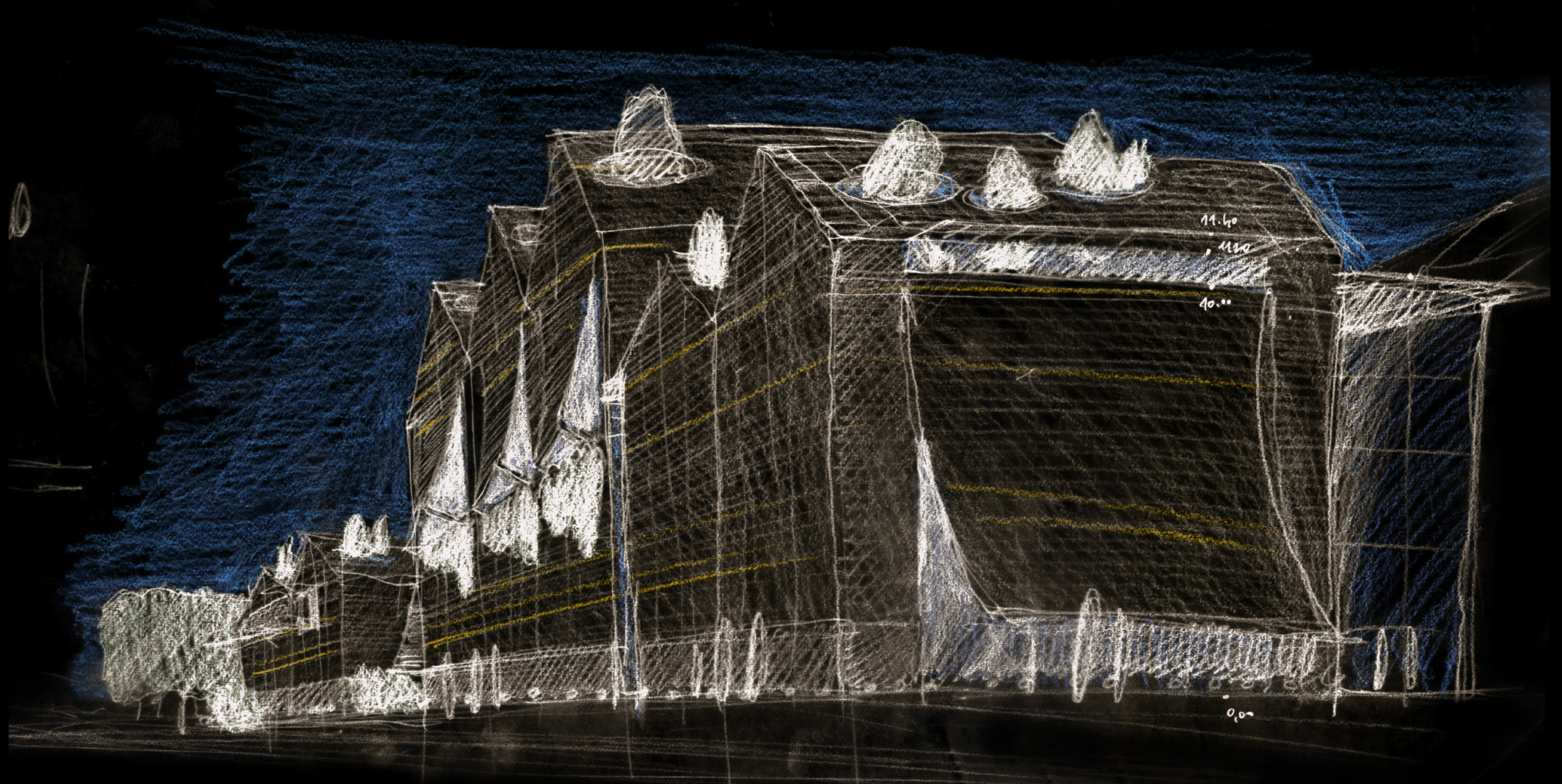 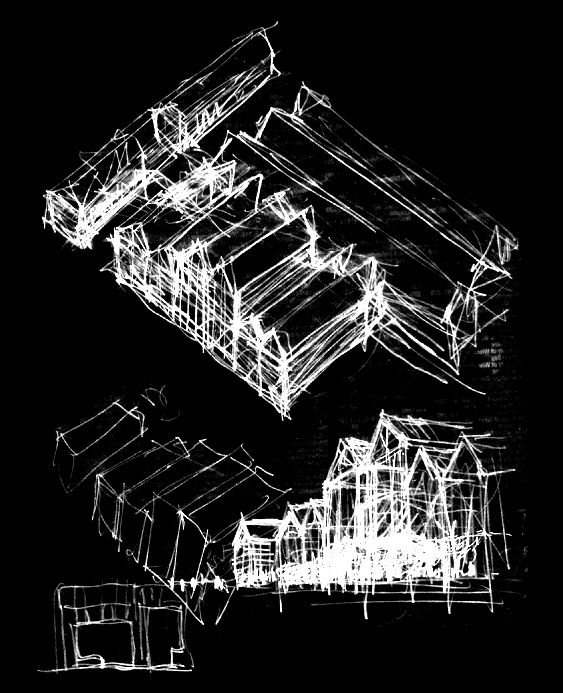 The design of sheds set at right angles to the existing galleries creates a network of interlocking sheds that symbolically opens the Dubigeon Sheds onto the surrounding area, making the design resemble a large market open on all sides. This design gives the project the unitary and coherent character that is absolutely necessary if it is to make a strong statement at the centre of the Ile de Nantes. It is the unitary character of the project that will allow the public first to understand and then to take ownership of the project taking shape at the Dubigeon Sheds. The transparency of the materials used for the façades of the crosssheds allows light to escape at night, making the buildings look as if there is a fire within them. The way in which the wood and glass cladding material includes gaps and is peeled back allows the formal system of the monumental interior volumes to be discerned in brighter light, along with the kinetic movement of the halls. Planted terrace areas open in the evenings are set above the public areas, and the hanging upper planted areas are lit in a spectacular fashion by projectors installed in the loggias. Finally, a lighting system set into a system of Corten steel markers around the perimeter of the site means that the whole is lit in theatrical fashion, assuring the readability of its placement in the urban fabric.