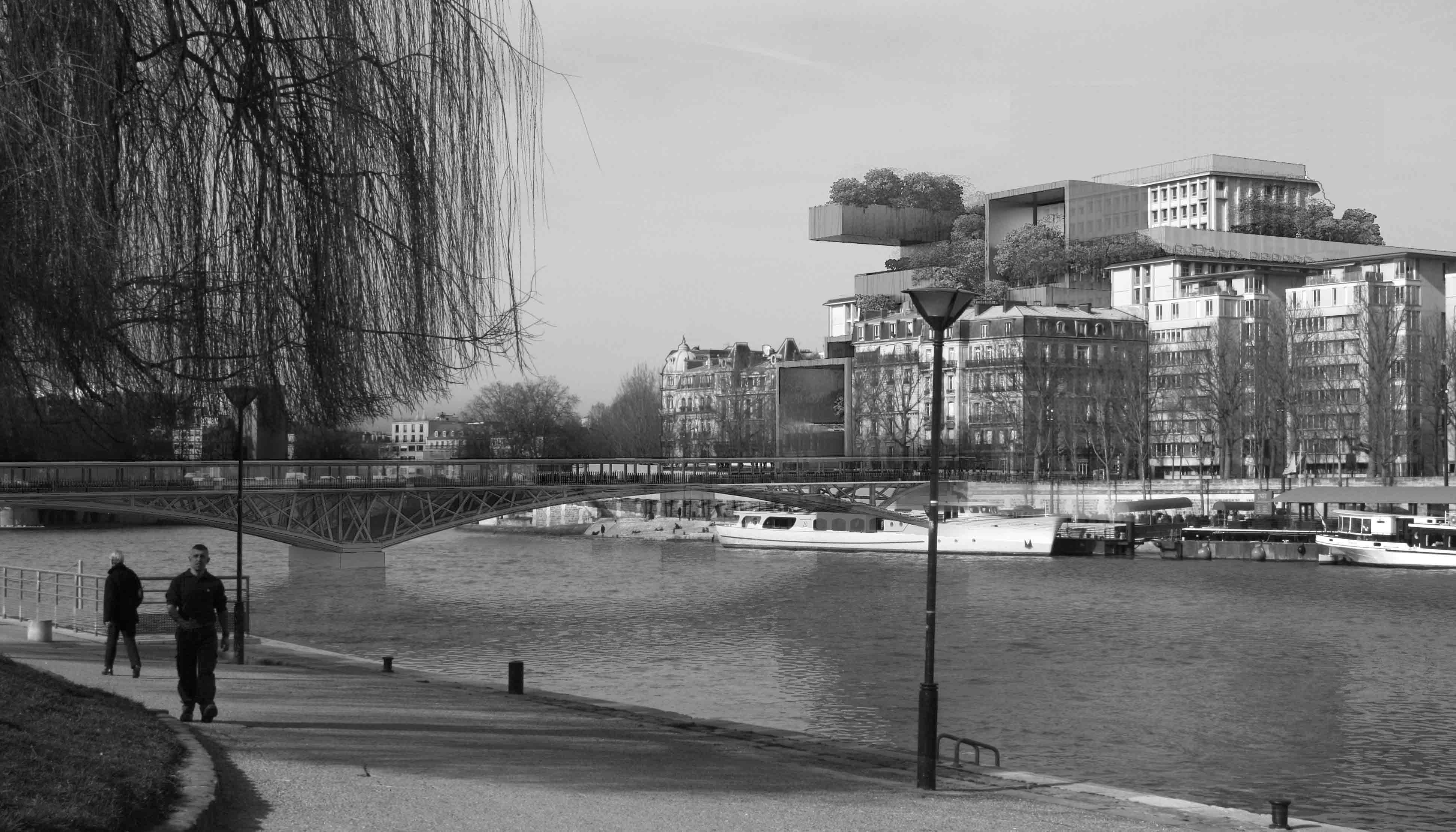 Because of the existing situation and the height of the existing administration building of Morland, the Hotel can be the only “high rise building” in the entire Maris giving spectacular views on the historical Paris.

The hotel Morland will have a mix of contemporary architecture for the extension and respectful conservation of the existing building including some of its important art installation.

This spectacular reuse of the historical building of Morland will give to Paris, on the seine river bank, one of the most striking example of the sensitive integration of contemporary architecture in the historical fabric of the City.

The 5/6 star hotel will offer more than 300 rooms of different size and volume, mixing single volume space and double volume, with spectacular views on the river bank and the historical city

• Each room will be located in the existing building, opening to extension, lounge, balcony, reading room, developed as a new architectural layer

• Large areas for reception, restaurant, shops and café will be developed at the ground level and at the second level of the project.

• The top floor of the central building on the 15th floor will host spectacular restaurant and hotel lounges with amazing views of Paris.

• A large garden is developed at the 3rd and 4th floor over the 2 courtyards providing outdoor areas, pools and terraces with the view of the quay Henry IV.

general view of the new hotel and the bridge

the hotel, the bridge and the Seine riverscape

back facade of the new hotel on the boulevard Morland

most of the rooms have spectacular view on the Paris skyline

conceptual isonometry showing the existing building, the new architectural elements and the landscape