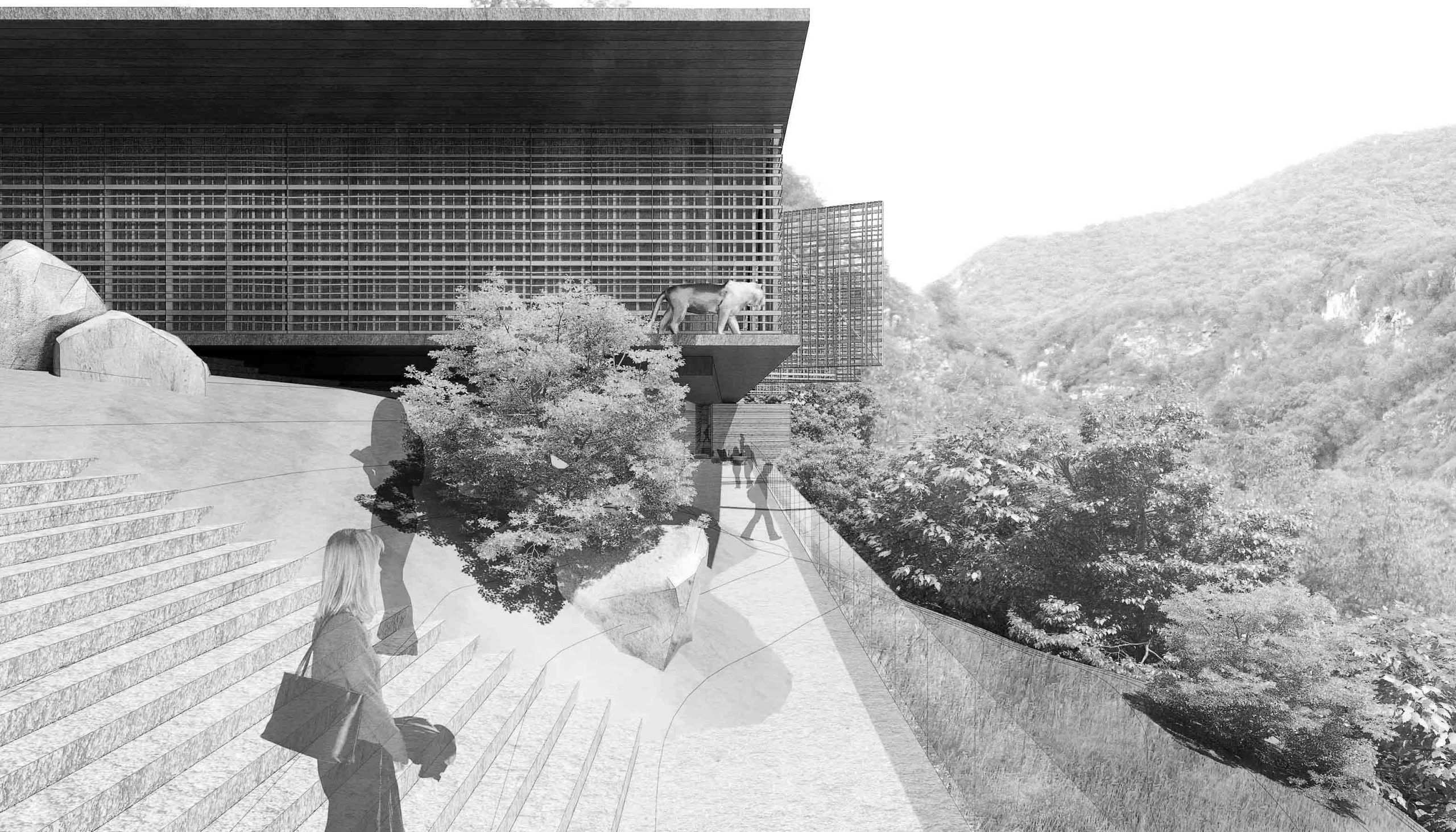 The Dmanisi Visitor Centre will introduce and conclude the site visits to the paleoanthropological and the Georgian fortress that constitutes this extraordinary archaeological ensemble. Within the Centre, two overarching narratives will be explored:

The recent discovery of Dmanisi hominids gives precious insights into human evolution. The archaeological and scientific exploration around this exceptional site constitutes a story-in-the making, evolving with the ongoing discoveries and inter-disciplinary efforts of archaeologists, historic anthropologists, historians, and other passionately curious individuals from diverse fields. 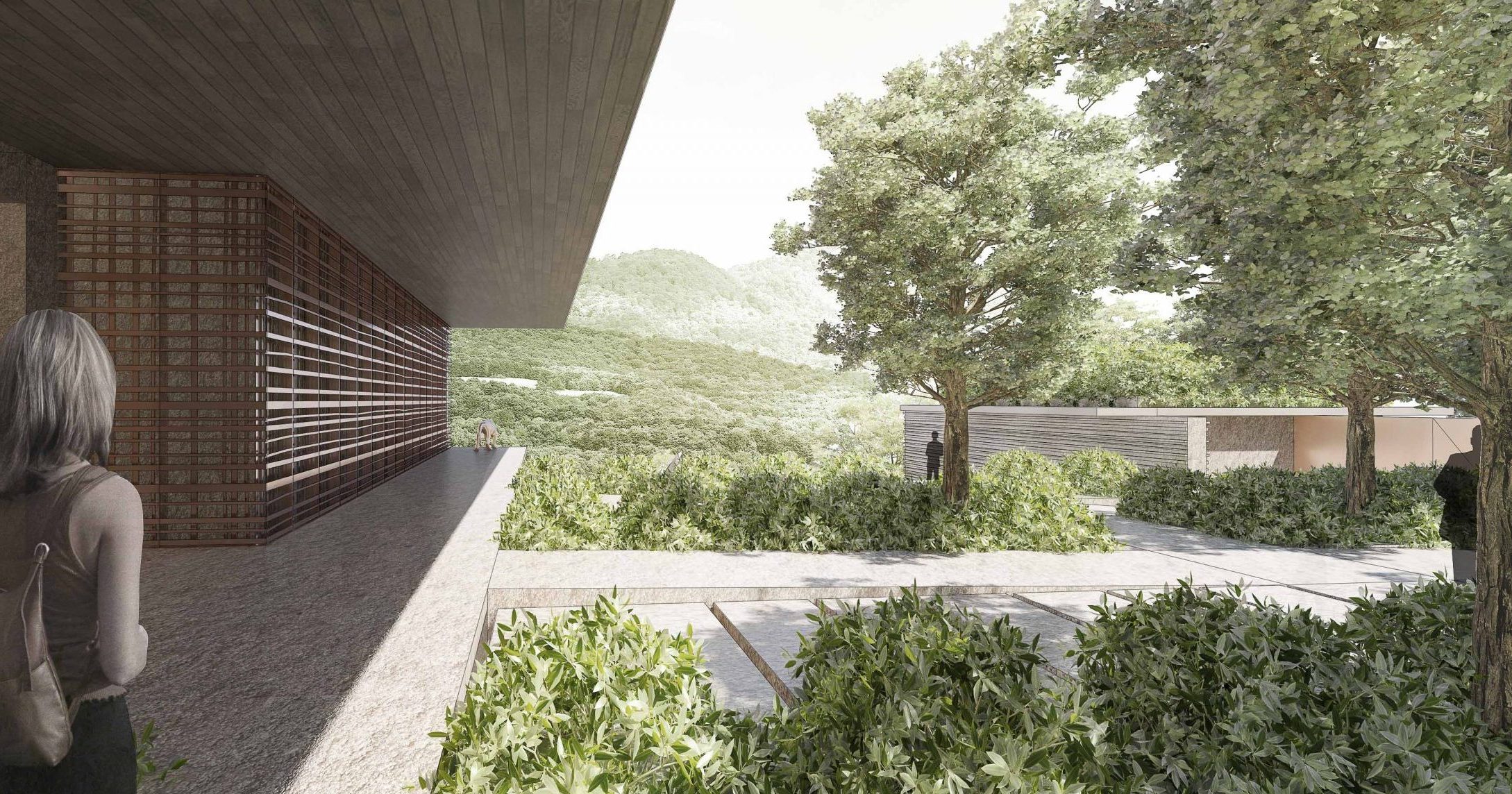 view at the entrance towards the valley 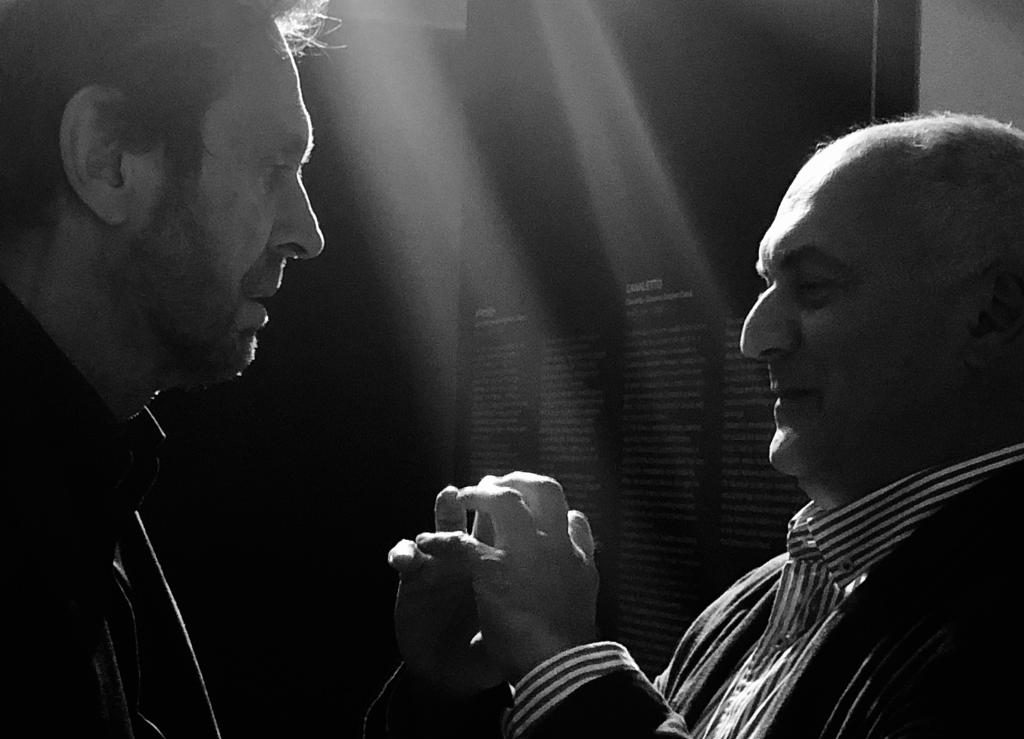 the studioMilou team, David Lordkipanidze and the team of the Georgian National Museum

The Dmanisi Visitor Centre will present the story of discoveries made by the Dmanisi team over the past decades and up to the present day. Its layered narratives will integrate the diversity of approaches and angles involve in piecing together what these archaeological sites tell us about the societies of Dmanisi over immensely wide time frames.

As a place of exploration and learning, the Centre will aim to appeal widely, with its exhibition design and content reflecting paths of enquiry that are at once scientific, humanistic and creative, with a strong environmental dimension in which humans are studied within their natural environment. It will dismantle traditional borders between domains, to open cross cutting themes of profound and universal importance to human enquiry, such as intersections between science and spirituality as reflected in the medieval archaeological site research.

All exhibits will be at once spectacular, educative and accessible, anchored in the findings of the Dmanisi archaeological sites, and enriched further by drawing on the extensive collections of the Georgia National Museum – pre-history, early Christian, medieval and others.

In terms of the overall design aesthetic and feel, the Visitor Centre will provide an atmosphere of simplicity and comfort, a sort of calm backdrop from which visitors can observe, absorb and meditate rich exhibits, and engage in various programmes, with the spectacular views of the Dmanisi’s valley and fields.

The concept will focus less on traditional Visitor Centre standards, and create an open lounge-like space, one that is both relaxing and convivial, as befits a destination aimed at encouraging Georgians and other visitors to feel both at ease, and moved by the beauty of Dmanisi. 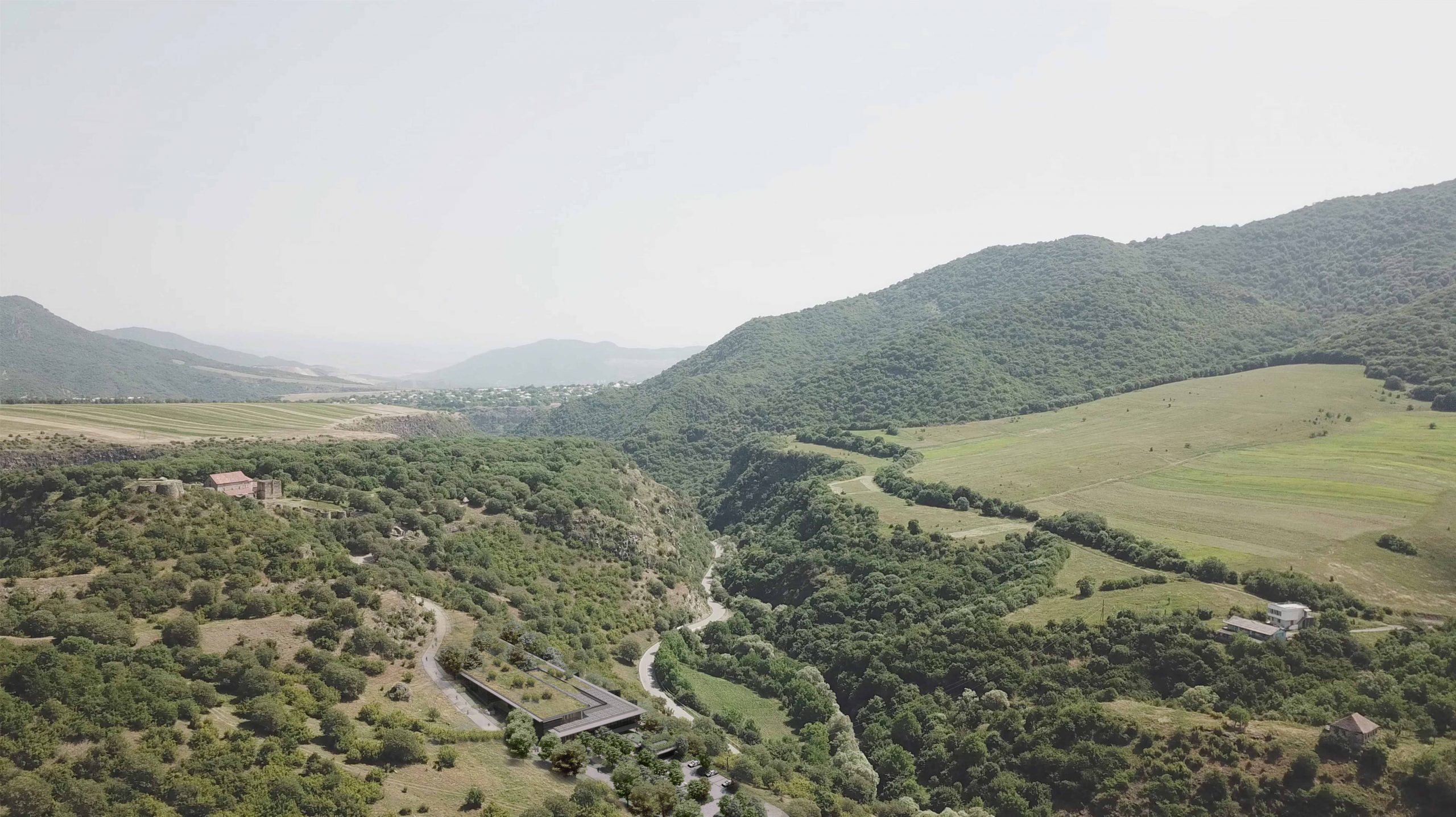 general bird-eye view from the southwest of the site

general bird-eye view from the east of the site

a large café restaurant open to the valley

view at the restaurant & cafe towards the landscape

view towards the main entrance

view from the path to archaeological site towards Dmanisi Visitor Center