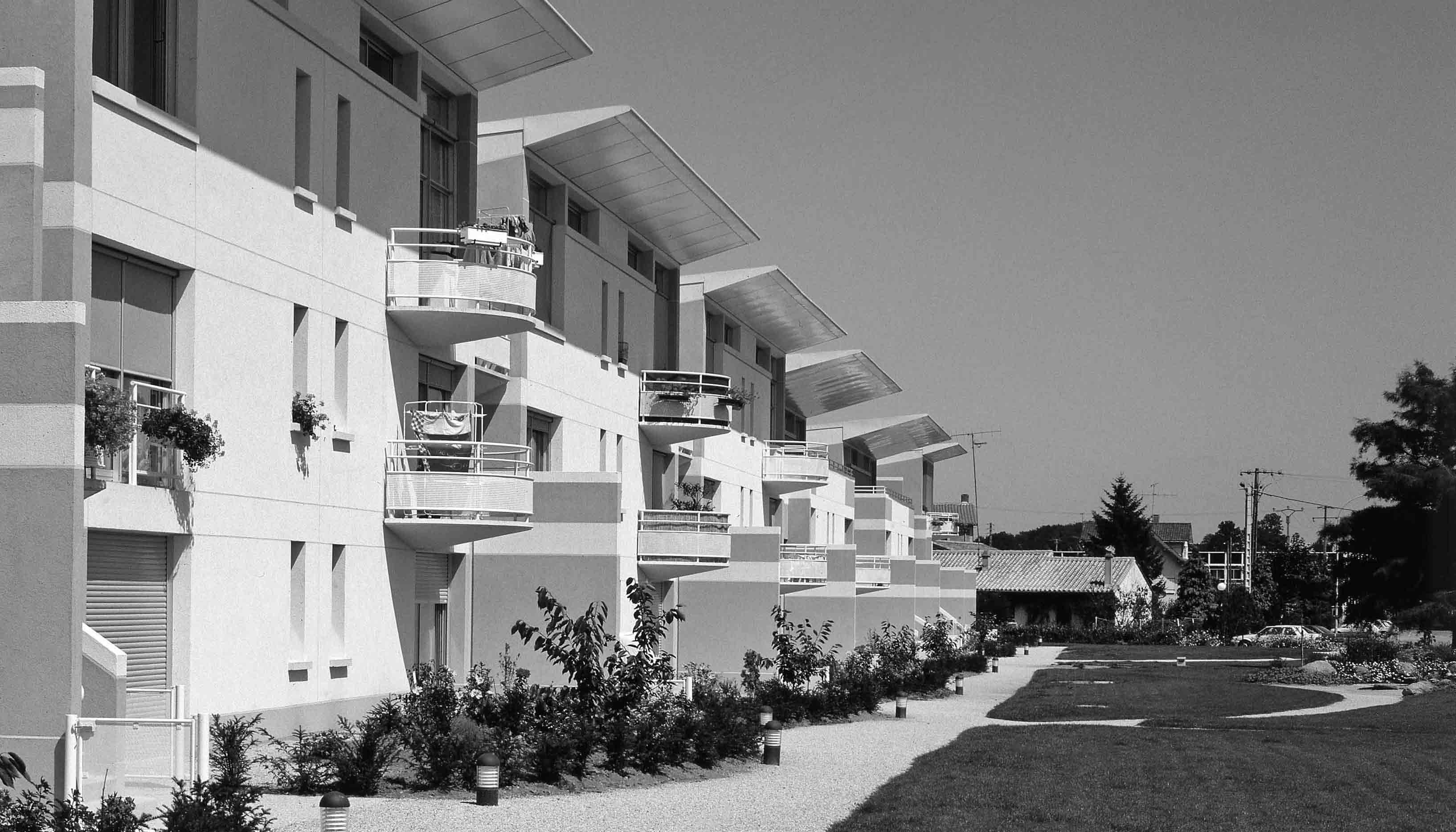 A project of connections

Cerizay, a small town of 5,000 inhabitants situated on the edges of the Vendée bocage, suffers from its outlying position in the Deux-Sèvres department. Three quarters of the town were destroyed by German bombing in 1944. Today, the town is divided into four parts by two major roads.

This working-class town, whose population has multiplied five times in 15 years, owes its expansion to the business of the Heuliez family, which, like many neighbouring businesses in the same area, chose local development in a region not well served by rail and road connections.

However, this population growth, as well as the development of the town’s needs in terms of public services, has caused the Ville de Cerizay to undertake a project of urban reconstruction accompanied by the change into an urban area of this large rural town.

The main objectives identified by the town were the following:

• To strengthen the historic centre by constructing commercial buildings, housing and facilities;

• To connect the upper with the lower town by development work marking out a pedestrian route through the town;

• To offer new services to the employees of companies making the choice to settle in Cerizay. 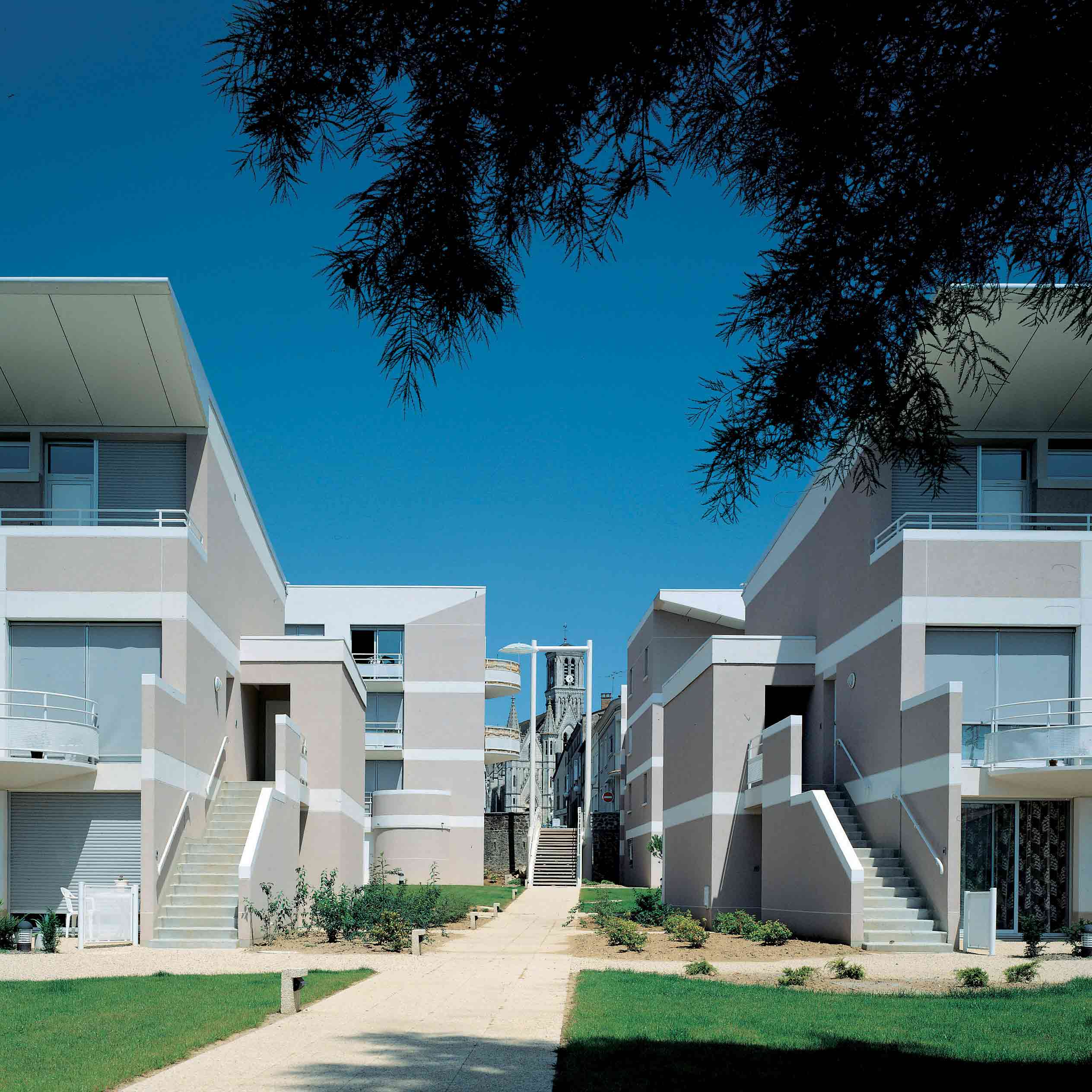 View of the pedestrian route from the Baudin housing

Entrance walkway to the Baudin housing 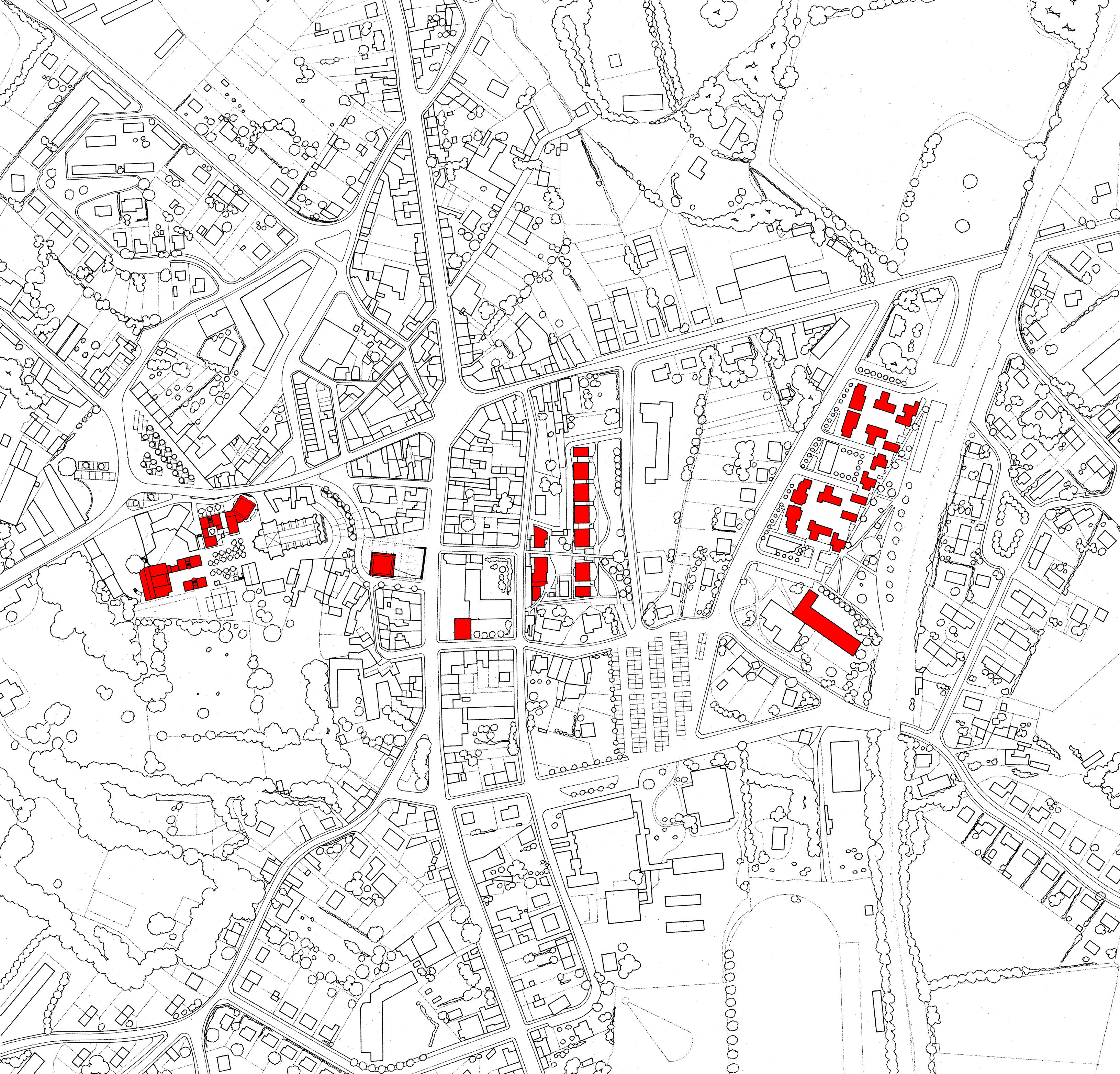 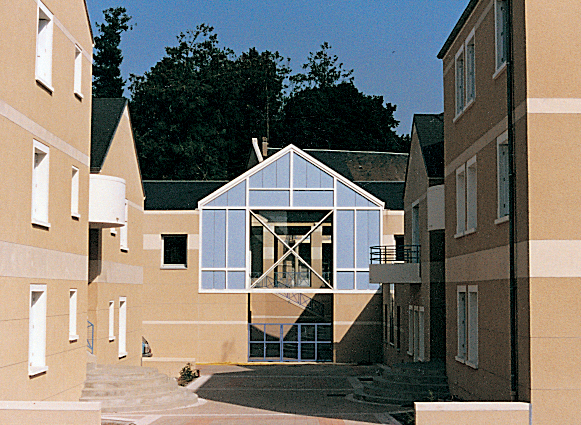 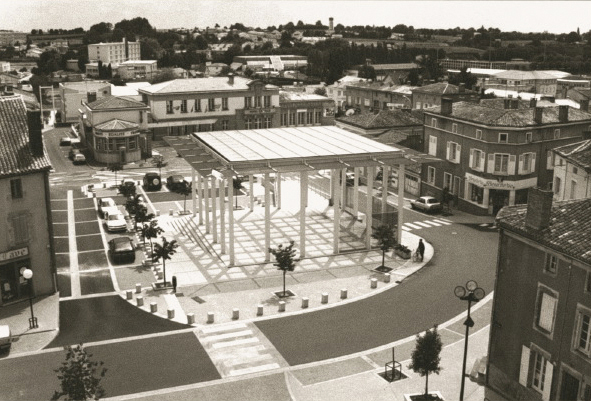