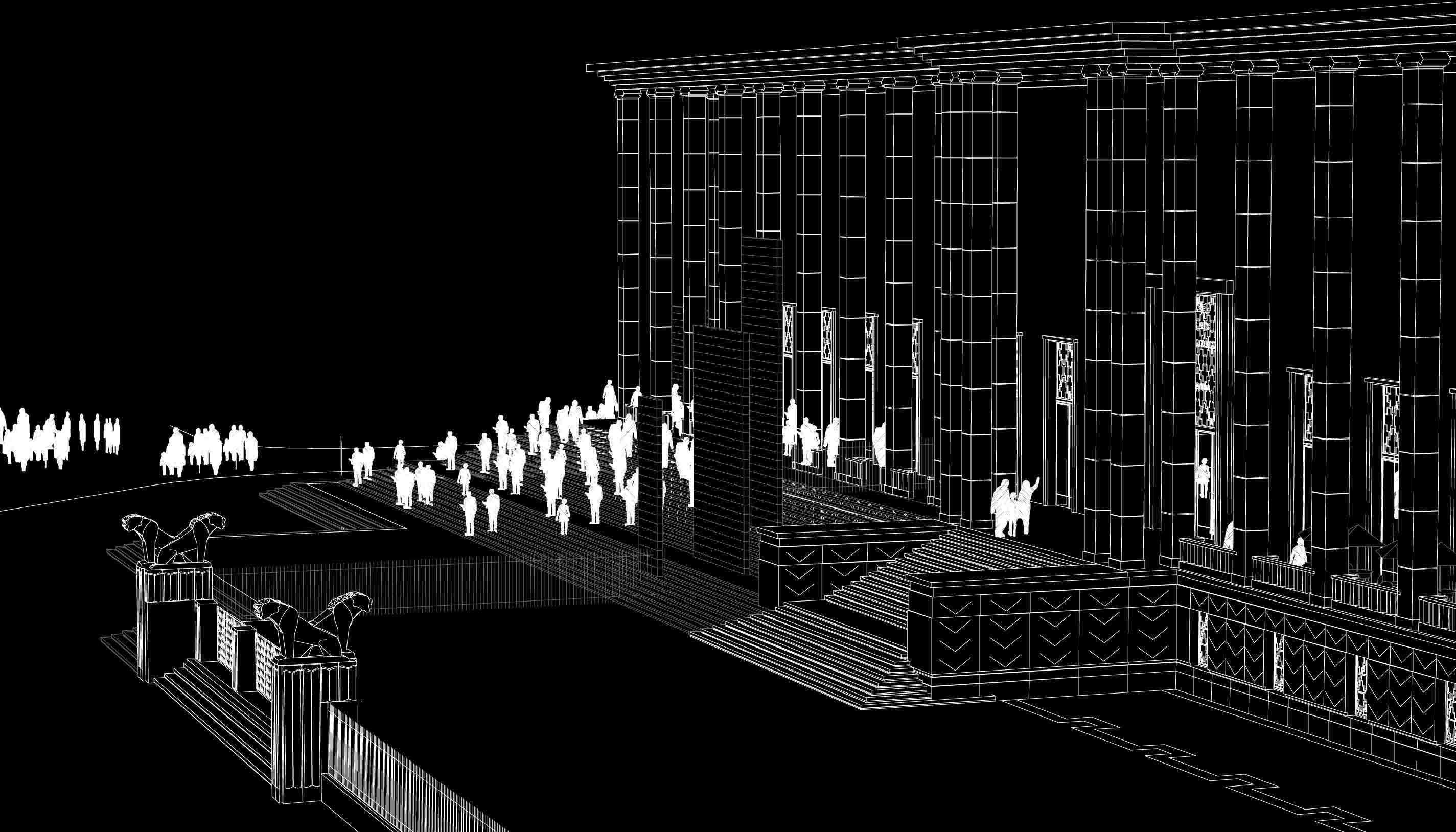 A public space at Porte Dorée

This project proposes to construct an open space in front of the future Cité de l’Immigration that will form a walkway linking the colonnade of the historic building to the public space below.

Constructed in the form of a sloping area and using lightweight materials such as steel and wood, the design also offers a way for the future institution to handle the historic building itself.It allows a symbolic perspective to be gained on the former Palais des Colonies building as part of the design of the future Cité for the History of Immigration : this is not only a new institution to be housed within the former Palais des Colonies building, but it also represents the symbolic conversion of the Palais itself and a way of inserting it into contemporary public space.

By converting the ceremonial entrance area into a closed garden area accessible from the main hall, making it a space that can be visited in its own right,the design similarly allows historical perspective to be gained on the Palais, setting the future Cité of the History of Immigration at a distance from the former Palais des Colonies.

Such proposals, only sketched out here, clearly raise questions about the correct way to proceed in converting the building. We propose that they be explored in a concerted fashion with all the stakeholders involved (the commissioning authority, the architecte des monuments historiques and the city authorities) in order to reach conclusions about their technical feasibility and appropriateness for a heritage building. 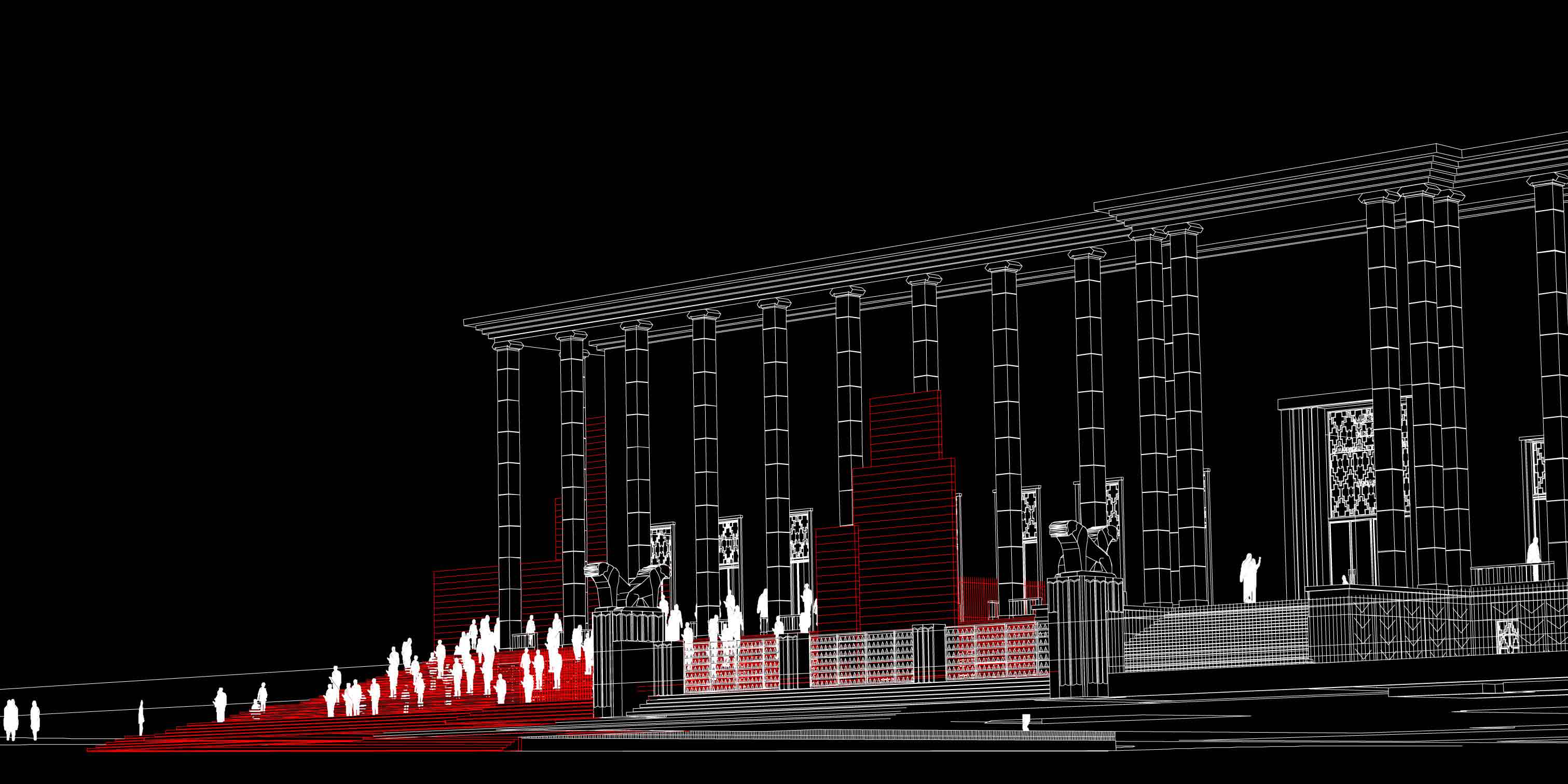 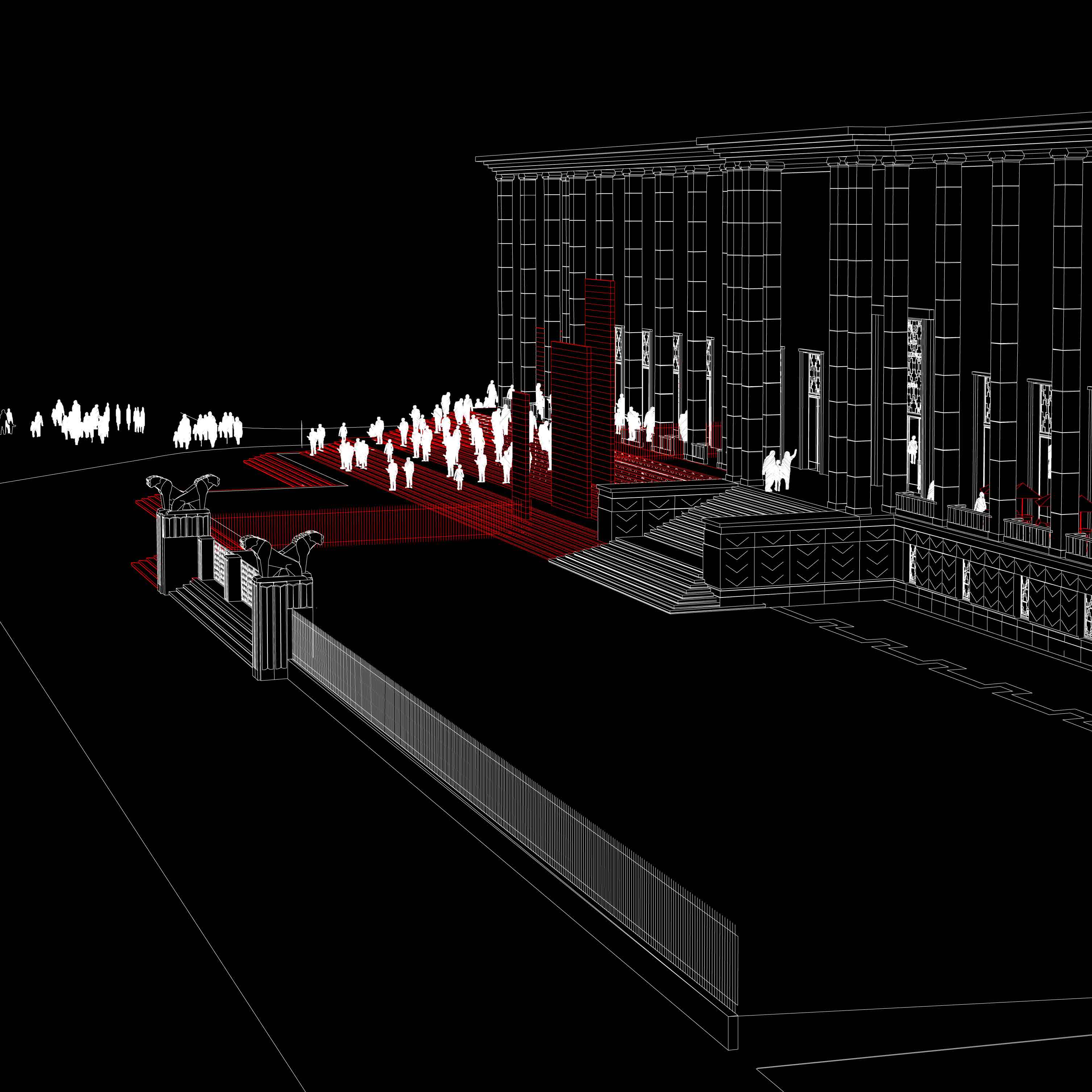 Construction of new steps leading up to main façade