The town of Asnières launched an architectural competition in 1994 for the construction of a crèche.

Studio Milou Architecture won the competition and was given responsibility for building the crèche, the project being conceived as a local facility integrated into the existing architecture of Asnières.

As a result of the building’s character and location, it would have strictly to respect the rules governing construction in a residential area, and this respect was extended to the details of the building bordering the street: these included metal railings on a wall at the edge of the street, a planted entrance garden, the use of limestone, etc.

The way in which early childhood is treated has developed, such that the hospital-like crèches of the 1930s and the “free crèches” of the 1960s have now given way to a more hygienist and security minded vision in the 1990s.

In order to reflect these developments, the project sought to house a crèche in an architectural form not obviously suited to it: a large house was first conceived, comfortably built with a front and back garden, a main building and two smaller buildings at the back.

This large house was then re-functioned at the studio as a modern crèche that would conform to the terms of reference laid down by the Ville d’Asnières.This procedure had the advantage of allowing the designer of the building first to re-function it in a virtual manner by computer.

Longitudinal section of the façade 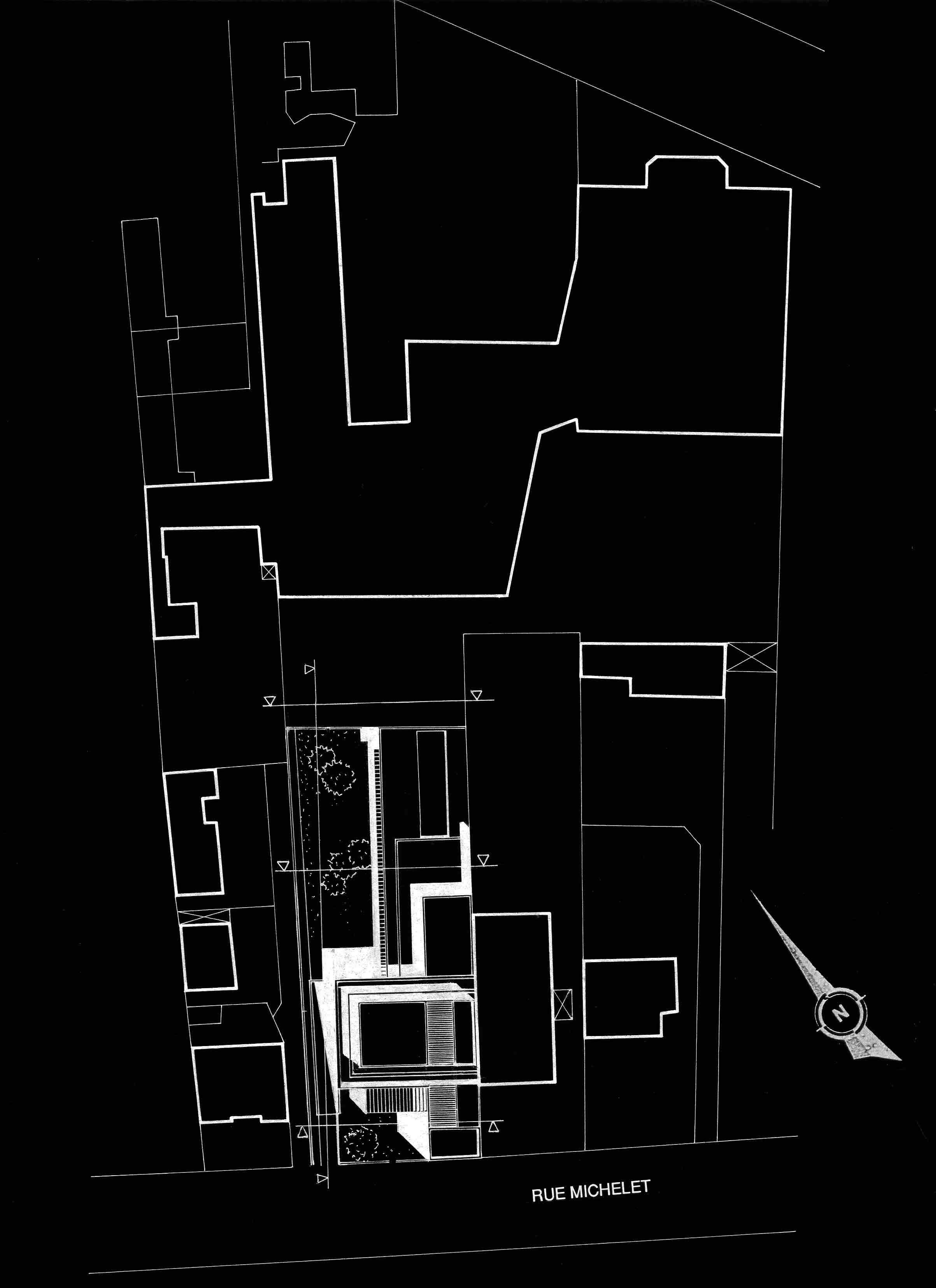 Facade seen from the street