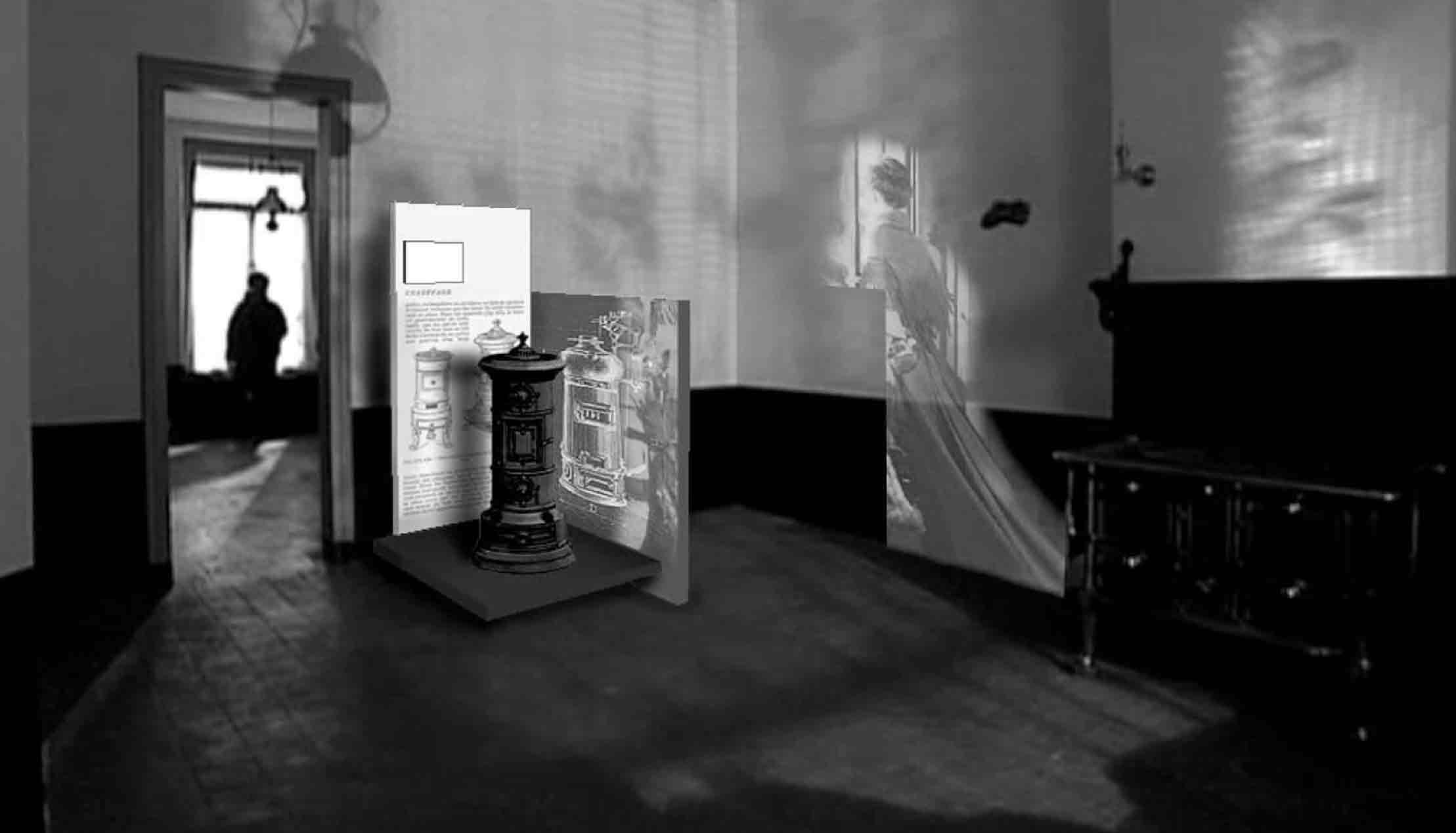 Of the idea itself only its constructed form remains. The idea, therefore, must be made visible, as must the plans, drawings and foundational texts of the Familistère. Large blue panels, printed texts or blueprints, emerge from the walls of the building and from the exhibits within it, showing sectional plans and details of the construction.

These panels, often grouped in pairs to form angles, are conceived on a grand scale: by setting the design and the constructed building or object together, they express a complex idea in a blink of an eye, namely that the Familistère de Guise was one of the first communities to be entirely planned and designed before construction.

The exhibition reveals how Godin’s desire to plan in advance is expressed, from the urban scale of the Familistère itself down to the details of the objects made within it (the stoves). The blue, angled panels emerge from walls made of brick and having an ochre or sepia patina the length of the visitor’s itinerary through the Familistère, reminding visitors of the abstract calculations of the planners, architects and industrial designers responsible for it. 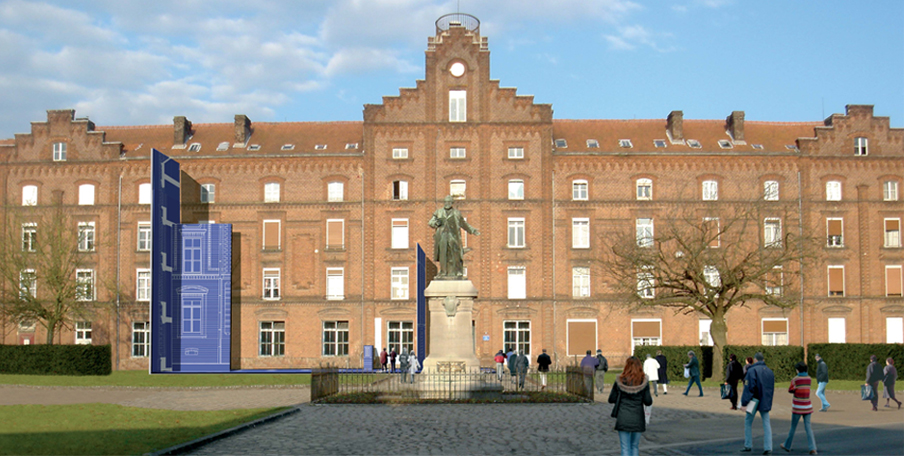 View of the entrance facade showing the main blue blade 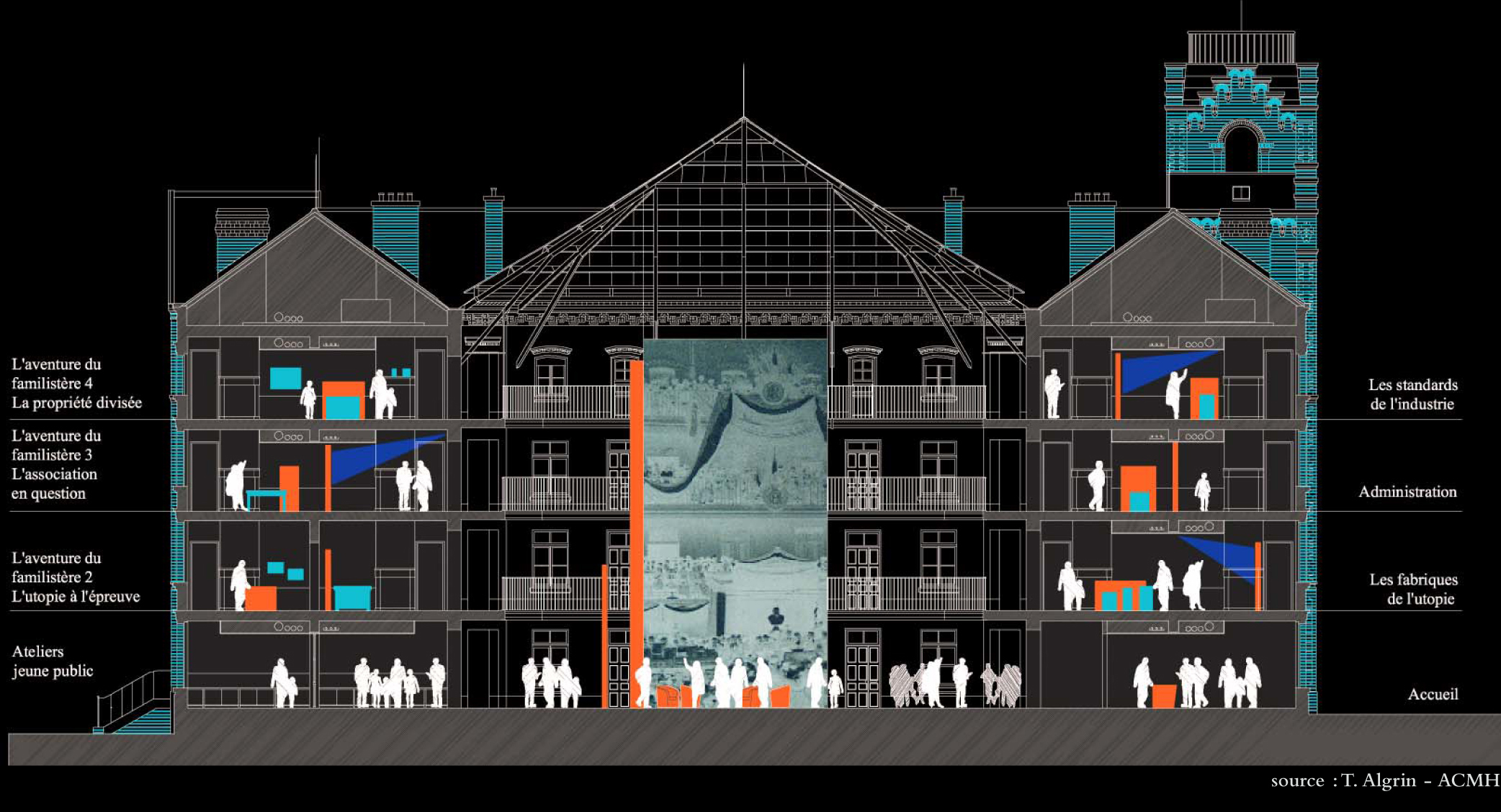 Section of the main building